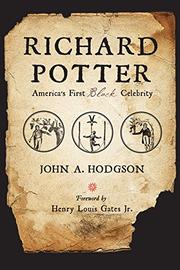 The history of an itinerant “almost unknown” 19th-century African- American showman who changed the face of one-man entertainment.

Given the many conflicting and sketchy historical accounts of Richard Potter (1783-1835), Hodgson (editor: Sherlock Holmes: The Major Stories with Contemporary Critical Essays, 1993, etc.), former dean of Forbes College at Princeton, produces an impressively comprehensive biography. Born in Massachusetts to a black mother and a “well-established white” father, Potter went to Europe as a teenager and trained as a gymnast and tightrope walker. Upon his return to North America in the early 1800s, he became enthralled with Scottish ventriloquist brothers James and John Rannie, who became his mentors. Potter was also influenced by tightrope artist Signior Manfredi and magician William Duff and was motivated by a ventriloquism exhibition series in Philadelphia produced by Duff and John Rannie. Hodgson covers Potter’s early career as a Boston-based ventriloquist, his integration of his wife into his act, and association with “the first black Masonic lodge in America.” The author also explores how Potter had to not only establish himself as a qualified performer, but also “keep his public persona apolitical and uncontroversial” and master his craft “while black.” He went on to garner great fame for his thrilling traveling act featuring magic tricks followed by ventriloquism; for several years, he performed a “Man Salamander” act that involved “handling a red-hot bar of iron and immersing his feet in molten lead.” Through interviews with magicians and ventriloquists, glowing reviews, and information found within various Masonic membership records, Hodgson delivers an illuminating chronicle of Potter’s social network, personal interests, and career trajectory as he launched his act across neighboring states to widespread acclaim. Even amid personal troubles (including the death of his teenage daughter), detractors, competitors, and class antagonists who dubbed him a practitioner in the “deceptive arts,” Potter stood tall and became an icon.

A focused, scholarly, definitive life history that gives voice to a pioneering and little-known entertainment legacy.

A GIRL IN EXILE
by Ismail Kadare
Fiction

THE ACCIDENT
by Ismail Kadare