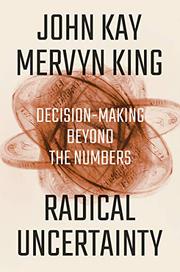 What do we know about the way economies work? According to two British economists, less than we think.

As Donald Rumsfeld once observed, there are known knowns, known unknowns, and unknown unknowns, a vexation for the smartest strategist. Kay and King (The British Tax System, 1978) employ a like notion here: Although in economics there is a neat little concept called “perfect information,” and although pricing is assumed to incorporate shared knowledge, the governing principle of the real world is uncertainty—and most of the time, we don’t know what we don’t know. This “radical uncertainty” means that our understanding of the present is incomplete and of the future, even more fragmentary, meaning that economists are forced to rely on something akin to hunches. They must explain by way of “narrative reasoning…the most powerful mechanism for organizing our imperfect knowledge,” creating stories about the world that incorporate our experiences, the experiences of others, and such reliable data as we are able to assemble in a “world of uncertain futures and unpredictable consequences.” A repeated example throughout the book is the probabilistic assessment Barack Obama received when determining whether to launch the raid that killed Osama bin Laden: It wasn’t 100% sure that bin Laden was in that Pakistani compound, and a botched operation might have meant war. That things worked out as they did was by no means guaranteed, and neither is following the rules of economics: Supply and demand is a powerful explanatory tool, but it explains only so much about how people and markets behave. While a sophisticated knowledge of economic concepts is a desideratum for following the authors’ argument closely, many of their takeaways don’t require much expertise. “Never rely on data without asking ‘What is the source of this information?’ ” they counsel, helpfully, one of many dicta to help overcome the shadowy unknowns that elude us even with the benefit of hindsight, such as why recessions hit when they do.

A powerful way of looking at the market, of much use to investors and strategists.