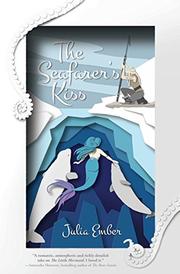 A free-spirited mermaid chafes against the constraints of her imperiled community, risking her life for a taste of love and freedom.

Living in the glacial caves of the frozen Arctic, their formerly tropical, matriarchal society now ruled harshly by a sadistic king, the merfolks’ future is at risk thanks to declining female fertility. Blue-haired, topaz-scaled Ersel has no interest in settling down to hatch babies; her forbidden fascination with human shipwrecks and the artifacts they contain has focused her sights on broader horizons. Pressured to accept a proposal from her best friend, Havamal, a hunky blue-gray–eyed, silver-scaled merman, but intensely attracted to Ragna, the fair-skinned, blonde human woman she is secretly meeting, a desperate Ersel bargains with the crafty, shape-shifting, gender-fluid Norse god Loki in a risky bid for self-determination. This adaptation of Hans Christian Andersen’s “The Little Mermaid” touches on themes of environmental destruction, reproductive rights, and feminism and is set in a watery northern world of humans on whaling ships, polar bears, and beluga whales. While there is plenty of action (spiced up with romance) to keep pages turning, the characters lack the emotional depth necessary to be compelling and engaging.

Readers seeking a queer fantasy that taps into the popularity of mermaids and fairy-tale adaptations may appreciate this offering despite its flaws. (Fantasy. 14-adult)