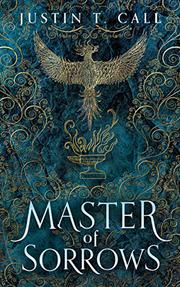 In a world where difference means death, can a boy with a secret find his own path?

Annev has only one more chance to pass his Test of Judgment. Pass, and he gets a coveted spot as an "avatar" who will travel the countryside searching for magical artifacts. Fail, and he’ll spend the rest of his life as a servant. He’ll also be forbidden to marry, so if he fails, he’ll lose his chance at a life with Myjun, his headmaster’s daughter. Until now, he’s teamed up with his friends Titus and Therin to pass the Tests; but with only one avatar spot left, Annev will have to compete with them to win. To further complicate matters, Annev has a secret—a secret that began years ago when his mentor, the priest Sodar, saved a baby who was born with only one hand. In Annev’s world, even something as minor as a scar is considered a mark of the dark god Keos—a missing limb would be a death sentence. Even as Annev attempts to prove himself within this harsh, unforgiving system, he struggles with the black-and-white thinking that dominates his world. Ultimately, he must learn that “if you don’t like the road you’re on, there’s always another path.” Debut novelist Call plunges the reader directly into the action and never lets the pace flag. Even as we learn about the ancient battles, dark prophecies, and mystical assassins that are about to change the course of Annev’s life, the stakes remain appealingly human: Can Annev achieve his goals without betraying his moral code? Will the people he cares about accept him for who he is?

A fast-paced, action-packed epic fantasy to sink your teeth into.

THE RUIN OF KINGS
by Jenn Lyons
Sci-Fi

THE WAY OF KINGS
by Brandon Sanderson
Newsletter sign-up