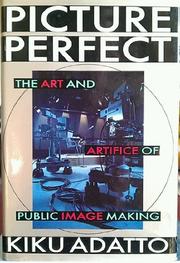  Adatto--billed by the publisher as the first journalist to warn of TV's ``ever-shrinking `sound bite' ''--now tackles, semi- successfully, the media's effect on American politics. The author argues that style has superseded substance in modern political campaigning--certainly not a novel idea. Discussing the 1988 presidential campaign, she criticizes reporters for considering as news--and for insufficiently noting the artifice of--staged media images created by ``spin-control artists.'' In extensive interviews, a range of TV journalists including Walter Cronkite, Ted Koppel, and Dan Rather battle it out with Adatto, alternately defending their actions, conceding fault, or laying blame. Meanwhile, as the narrative jumps back and forth from 1968 to 1988, it deteriorates into a lament for the good old days: In 1968, we learn, the average sound bite ran 42.3 seconds, as opposed to 9.8 seconds in 1988. Next, Adatto shifts her focus to modern-day photography (e.g., by Warhol, Arbus, and Winnogrand, who became ``bound to the images they try to deflate'') and movies (Die Hard, High Noon, Rambo, etc., in which the ``maverick heros'' are both ``insiders and outsiders''). Adatto ties her commentary together with a nice comment: ``In response to the growing sense of disempowerment, a number of presidential candidates...have intuitively portrayed themselves in the mode of the maverick hero depicted in American movies--an outsider to Washington and the political establishment, as redeemers of...ideals....'' She goes on at length to explain just how these candidates position themselves- -but fails to explore the underlying reasons why they do so. Some intriguing insights but by no means revelatory.