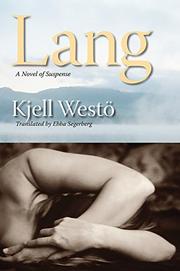 From Finland, a taut and elegant thriller about love, obsession and murder.

Two decent people are caught in a trap the jaws of which are closing so slowly that a detached observer might think escape is possible. But nobody here is detached. Human triangles are inherently explosive, and Lang, the central figure, finds this one particularly volatile. Charming and erudite, Lang is the host of a long-running TV talk show called The Blue Hour. It has nothing to do with salacious humor; think Charlie Rose instead. Likable though Lang is to his audience and even his friends, he doesn't much like himself. He frets and feels purposeless and used up. Then he meets Sarita, falls overwhelmingly in love and almost at once experiences a heady, totally unexpected emotional rebirth. Sarita is lovely, sexy and, more importantly, sympathetic to Lang. She understands and can cope with the vagaries of a highly complex personality. Naturally, Lang is bewitched. Sarita, too, though not with Lang but with Marko, her estranged husband. The two have known each other since they were very young. Marko is both the father of Sarita's child and the fateful cloud that hangs over her head. He's unstable, often vicious, and certainly dangerous, a demonic presence she's never been able to exorcise. A perceptive friend warns Lang that he's out of his depth and advises him to cut and run, to “save your own skin. Those two belong together, don't you understand?” Lang does understand, but he can't run, even to save his own skin. Inevitably, the jaws of the trap snap violently shut.

Smoothly and unobtrusively translated, this debut grabs, holds, then plunges you into a world pervaded by a kind of mundane grimness, dark in its own signature way: Nordic noir.

THE PYRAMID
by Henning Mankell
Fiction

THE DEMON OF DAKAR
by Kjell Eriksson
Fiction

LET ME IN
by John Ajvide Lindqvist
Fiction

THE PRINCESS OF BURUNDI
by Kjell Eriksson
Fiction

BEFORE THE FROST
by Henning Mankell