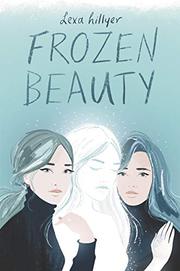 When Kit is found in the woods with a head injury, dead of hypothermia, her younger sisters, Tessa and Lilly, struggle to comprehend what’s happened. Adding to their grief is the fact that their adored neighbor Boyd, who has long been like a protective brother to them, is in jail, accused of her murder. Alternating narration between the past and present, in poems and diary entries and from the perspectives of all three sisters plus Boyd and a troubled newcomer named Patrick, this mystery winds its way through their backstories, revealing that Kit had been behaving strangely in the months leading up to her death. The imaginative, vividly described passages can at times feel a bit florid, but they effectively establish an undercurrent of almost poetic, fairy-tale flavored imagery. A late twist to the story handily wraps up the plot, and readers with a taste for romance will thrill to Lilly’s attraction to archetypical bad boy Patrick. Whiteness is situated as the norm, and all main characters are white; one of Lilly’s best friends is gay.

A compelling, lyrical twist and turn through sisterhood and secrecy. (Mystery. 14-18)