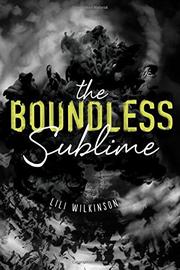 Guilt-stricken over her little brother’s accidental death, 17-year-old Ruby Jane Gilbraith is depressed and lonely, with a nearly comatose mother and (unbearably) pretentious poseur friends. When the otherworldly and childlike Fox offers her a water bottle and potential inner peace, Ruby follows him to the Institute. In this bleak commune/compound, the allegedly millennia-old leader, Zosimon, aka “Daddy,” preaches “elutriation” and exhorts the Boundless family to prepare for battle against the “toxicant” masses. Ruby, now “Heracleitus,” recognizes it as a cult but succumbs anyway. Once a doubting “sublimate,” Ruby experiences a traumatic montage of physical and psychological abuse until she is a zealot, unable to tell if she is a brainwashed follower or a fearful but conscious and conscientious criminal. An Australian romance/mystery writer, Wilkinson keeps to the former genre’s typical girl-redeems-boy trope but swerves into violent thriller/misery-lit territory to produce a grueling, unsettling read combining the sensationalism of satanic-panic public-service announcements with a first-love romance, a journey through grief, and repetitive, incoherent New Age/corporate-buzzword sermons. The setting and secondary characters are often vague, but Ruby’s transformations and suffering are depicted with a painful, unflinching focus and clarity. There is no author’s note or list of resources for readers who may find themselves stirred to action by any of the many issues raised by the book.

Come for the cute boy, stay for the apocalypse, beware the potential triggers. (Thriller/romance. 14-18)

IN THE DAYS OF RAIN
by Rebecca Stott
Fiction

THE LIBRARY AT MOUNT CHAR
by Scott Hawkins
Fiction

THE GIRLS
by Emma Cline
Children

GIRL IN A BAD PLACE
by Kaitlin Ward
Newsletter sign-up