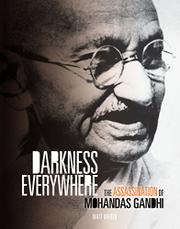 The assassination of Mohandas Gandhi, India’s spiritual leader and the world’s most famous pacifist, shocked the world. Doeden chronicles Gandhi’s life, accomplishments, assassination and legacy in this compact biography.

The first half of the biography describes Gandhi’s religious beliefs and moral convictions, his personal experiences with discrimination in South Africa and his leadership in a civil rights movement for Indians. Doeden provides background information about India under British colonial rule, India’s caste system, and the tensions between Hindus and Muslims, offering valuable contexts to readers unfamiliar with the region’s history. The second half of the book thoroughly explores the circumstances of Gandhi’s assassination, the motives of the conspirators, the background of assassin Natharum Godse, and the trial and executions of Godse and a co-conspirator. The book concludes with a discussion of the influence of Gandhi’s nonviolent resistance on leaders of social-justice movements such as Martin Luther King Jr., Lech Walesa and Cesar Chavez. The design uses orange as a highlighting color, a decision that makes photo captions rather difficult to read.

Though brief, this informative and insightful overview of Gandhi’s life, assassination and legacy is a solid introduction to the subject. (photographs, timeline, glossary, source notes, suggestions for further reading) (Biography. 12-18)

MORE THAN A GAME
by Matt Doeden
Children

THE NEGRO LEAGUES
by Matt Doeden