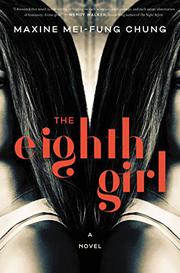 A young woman with dissociative identity disorder is drawn into a criminal enterprise when her best friend starts working at a London gentlemen’s club.

Each day is a potential struggle for budding photojournalist Alexa Wú, who, as the Host, must juggle the alternate personalities inside her head. She collectively calls them the Flock, which includes 9-year-old Dolly; belligerent and protective Runner; elegant and calm Oneiroi; and the Fouls, who are unpredictable and conniving. Alexa also has dissociative amnesia: She loses time, often awakening to realize she can’t remember recent events. Her new psychiatrist, Daniel Rosenstein, gives Alexa tentative hope for the future, and she has the support of her beloved best friend, Ella, who is one of only a few people, including Alexa’s stepmother, Anna, who know about Alexa’s disorder. When Ella gets a job at a strip club called Electra, Alexa is horrified, but it doesn’t keep her from dating Electra’s sexy bartender, Shaun, and hanging out at the club with Ella. It’s soon clear the sleazy Navid, who runs the Electra, has a hand in some decidedly shady activities, and Alexa reluctantly agrees to help Ella bring him down, leading her into a hellish rabbit hole of depravity. Alexa is an overwhelmingly sympathetic protagonist. The motivations of men understandably consume her—she was sexually abused by her father, and her mother killed herself—and she assumes that most are out to use and control her. Alexa and Ella repeatedly take outrageous risks, leaving readers to wonder why Alexa doesn’t just call the police already, and following Alexa’s movements within the narrative is often confusing. Alexa and Daniel both narrate, and while Daniel’s sessions with Alexa are intriguing (if readers can stomach his growing lust for her), the space devoted to his nonprofessional life feels like filler. Where Chung, who is a practicing psychoanalytic psychotherapist, really shines is in the frenetic juggling of Alexa and her Flock, and some significant narrative gaps do come (mostly) into focus after the big twist is revealed.

The well-worn trope of the unreliable narrator soars to new heights in this flawed but often fascinating debut.