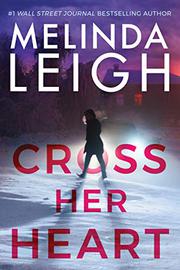 Philadelphia homicide detective Bree Taggert is a tough, fair, and unemotional professional, but when her younger sister is murdered, Bree must confront demons past and present.

When Bree was a child, her abusive father killed her mother and then himself. Bree’s sister and brother were sent to live with one relative, Bree to another. But when Bree gets a panicked call from her sister, Erin, she rushes to their upstate New York hometown, where Erin is still living, only to find that Erin has been murdered—and Erin’s husband, Justin, is missing. Complicating matters is Matt Flynn, Justin’s best friend and a former cop and K-9 handler of his dog, Brody. Matt, who was forced to retire after being injured, firmly believes Justin is innocent. He, Bree, and Brody join forces to find out the truth, dealing with everything from suspicious characters to Bree’s own traumatic past—a past that includes a very sound reason for her fear of dogs. And just when Bree realizes she will upend her own life to care for Erin’s two children, the children’s scheming biological father shows up in town. Leigh, (Whisper of Bones, 2019, etc.) has a genuine talent for creating believable, appealing characters and realistic dialogue. These characters deserve a stronger plot, though readers will probably be content enough to hang out with Bree, Matt, and Brody.

With a clear setup for future adventures, this novel promises to become a likable series.