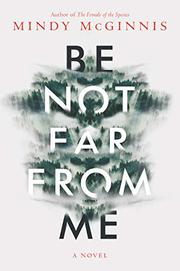 BE NOT FAR FROM ME

A Tennessee teen must put her wilderness survival skills to the ultimate test after becoming separated from her friends during a camping trip in the Smoky Mountains.

Seventeen-year-old cross-country star Ashley Hawkins and her friends Meredith and Kavita are looking forward to a night of camping and drinking beer with classmates along the Appalachian Trail. Ashley wants to spend time with her boyfriend, Duke, but when his ex, Natalie, shows up, Ashley is less than thrilled. When she catches them together later that night, Ashley punches Duke in the face and flees headlong into disaster: A boulder crushes part of her foot, and to her horror, she soon realizes that she’s far from camp and very much alone. In the grueling days that follow, with infection setting in and no supplies at hand, Ashley battles hunger and the elements while reflecting on her life, from her mother’s abandonment to her underprivileged upbringing, as well as on a young man who disappeared in these very woods two years ago. McGinnis’ (Heroine, 2019, etc.) visceral and emotional tale features a strong, stubborn, and alarmingly capable protagonist with unwavering respect for the natural world, and if a few twists rely a bit too much on coincidence, readers will likely be too invested in Ashley’s fate to mind. All major characters seem to be white except Indian American Kavita, the only student of color at their school.

GIVEN TO THE EARTH
by Mindy McGinnis
Newsletter sign-up