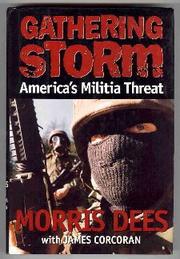  Dees, chief trial counsel of the Southern Poverty Law Center, covers much of the same territory as Kenneth Stern (The Force Upon the Plain, 1995) in uncovering the danger of America's extreme right, but he does it with greater passion, considerable narrative drama, and deeply scary inside reports from SPLC moles. Dees's (A Season for Justice, 1991) main thesis is that what were previously scattered, ideologically divided groups of right- wing extremists have now become a unified force bent on using violence to bring about white supremacist rule in the US. The dominant ideology is Christian Identity, a ``theology of hate'' whose followers are preparing for an Armageddon to overthrow the Zionist-occupied government (or ZOG). What Dees finds particularly alarming is the combustible union of hate groups, such as the Klan, with the rapidly growing (311 as of this year) and well-armed militia movements. Like Stern, Dees reviews such key events as the shoot-out at Ruby Ridge and the conflagration in Waco, and charts the growing hatred of the government that emerged in the aftermath of these events. ``It is that virulent hatred . . . that is driving the militia movement, while at the same time masking its insidious racist underpinnings,'' he declares. Interestingly, he suggests that Timothy McVeigh might have been part of a small cell in the movement's decentralized ``leaderless resistance'' network. The most revealing information comes from the spies of SPLC's Militia Task Force; this group penetrated the October 1992 conference in Estes Park, Colo., that helped unify the forces of the far right, and drawing on transcripts from the meetings, Dees offers extracts of the virulent demagoguery that was spewed there. (In a timely bit of reporting, he notes that Larry Pratt, recently forced to resign as co-chair of Pat Buchanan's presidential campaign, was present at this conference.) A convincing brief for the argument that the extreme right poses a serious, ongoing danger in this country. ($50,000 ad/promo; author tour; radio satellite tour)

A SEASON FOR JUSTICE
by Morris Dees