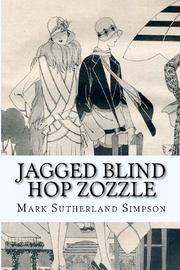 Simpson’s (Shirtless in Iceland, 2011) most recent release recounts the sexual awakening of an American abroad in 1920s Paris.

English professor and literary aspirant Cuthbert Westbrook-Madison joins his estranged, expatriate aunt for a summer in Paris where he enjoys the high society his aunt cultivates as her own. Members of this privileged circle are in routine contact with writers and artists such as Ernest Hemingway, Gertrude Stein and Piet Mondrian. He also befriends the twin children of his aunt’s closest companion, an older Parisienne of noble lineage named Eugenie de Saint-Simon. Her children, Théophile and Irène, are feted in Parisian society for their wealth, good looks and storied histories (one is a widowed Baroness, the other, a war hero). After a falling out with his aunt, Cuthbert moves into the Saint-Simon household. His friendship with the twins permits Cuthbert entry into a world of sexual freedoms and societal vagaries he’s never before experienced. However, he soon discovers the cost for the twins’ competing affections; in the final days of his summer abroad, an unsolved murder leads Cuthbert to suspect betrayals from those he believed to be his friends. The book is fully immersed in 1920s Paris culture; characters, such as Josephine Baker and Hollywood producer King Vidor, even speak in slang. The pursuit of sexual gratification is a recurring theme and scenes can be explicit. While Cuthbert’s sexual awakening for gay love is vividly told, the psychological and emotional ramifications are harder for the reader to discern. Simpson’s characters seem mostly motivated by either sex or power; Cuthbert, for example, is propelled by the promise of pleasure with little control or understanding. Though the characters are engaged in a perpetual struggle to achieve power and physical gratification, the plot is curiously frictionless until tragedy strikes in the final pages and remains mostly unexplained.

A detailed account of sexual awakening in 1920s high Parisian society peppered with reflections about the vagaries of sexual love and status that characterized the era, though readers may wish for greater psychological depth.