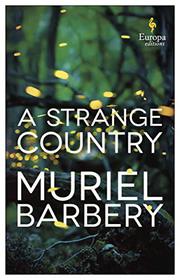 Elves and humans unite to try to save their respective realms.

It’s 1938, and Europe has been at war for six years. Gen. Alejandro de Yepes and Maj. Jesús Rocamora are holed up inside Alejandro’s Extremadura castillo when three strange men appear inside the grand hall. One of them—a portly, affable redhead named Petrus—leads the other two to the wine cellar, where they proceed to get drunk. When Alejandro and Jesús follow, seeking answers, Petrus explains that he and his companions, Marcus and Paulus, are elves and that a fellow elf named Aelius is responsible for the conflicts plaguing both of their peoples. Petrus and company have a plan to defeat their mutual foe, whose goal is domination through mass annihilation, but it requires Alejandro and Jesús to decamp to the elves’ world of mists. French author Barbery’s sequel to The Life of Elves (2016) is broken into three parts: "Alliances," which encompasses Jesús’ and Alejandro’s origin stories; "Genesis," which provides Petrus’ history; and "Ruin," which details their joint campaign. Barbery’s fondness for her characters—the bravely bumbling Petrus, in particular—suffuses the first two sections, lending them a fairy-tale air enhanced by the omniscient third-person narration. Shared bottles of wine and pots of tea facilitate philosophical conversation; at its best, “this is the story of a few souls who, in war, knew the peace of encounter.” Regrettably, come the book’s climax, Barbery abandons nearly all pretense of plot in favor of opaque imagery and florid prose.

What starts as an elegiac meditation on fellowship devolves into an incoherent fever dream.

THE LIFE OF ELVES
by Muriel Barbery
Fiction

THE ELEGANCE OF THE HEDGEHOG
by Muriel Barbery

JUST AFTER THE WAVE
by Sandrine Collette
Fiction

DON'T TURN OUT THE LIGHTS
by Bernard Minier
Fiction