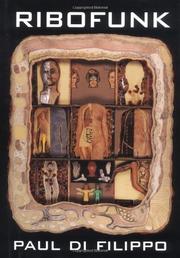  Thirteen tales, 1989-95, including two previously unpublished, from the author of The Steampunk Trilogy (1995). The stories share an impressive, carefully constructed common setting of some 70 years hence. Gene ``splices'' or human/animal hybrids are routinely produced to act as servants or to do difficult, unpleasant, or entertaining jobs. Body modifications to any specification are available. ``Tropes,'' or designer drugs, provide any desired effect from social pleasure to enhanced learning capabilities. North America is run by Canada. And the stories are presented in a complicated, often intriguing jargon stuffed with references to famous scientists and science fiction writers. Indeed, by contrast with this frenetic, eye-popping scenario, the stories themselves often seem rather slender: gangs defined by their body modifications, splices as slaves, fights between genetically enhanced humans, mutating infections, demanding offspring, a sentient river, and a sort of biological meltdown. Elsewhere, three yarns involve investigations by the Protein Police, ever alert for misappropriated polypeptides; the human/feline Bad Splice, Krazy Kat, offers his own brand of social correction; and a spliced revolutionary, chain-smoking Peter Rabbit overthrows a brutal, perverted Mr. McGregor. Clever, brash, hardworking, lightweight: There's much to admire here, even if the tales don't always engage the emotions.

THE EMPEROR OF GONDWANALAND
by Paul Di Filippo
Sci-Fi

BLUEPRINTS OF THE AFTERLIFE
by Ryan Boudinot
Newsletter sign-up