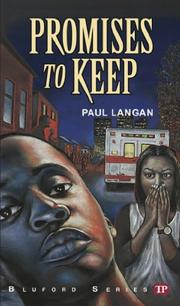 Langan (Survivor, 2013, etc.), the editor of the YA Bluford High series and author of several in the series, offers a cleareyed look at the challenges faced by an inner-city high school student and his family.

The walls are closing in on 15-year-old Tyray Hobbs. Tough and big for his age, he’s an academic failure who’s been bullying other kids for years. Everyone is scared of him, even the few guys who hang out with him. That all changes in an instant when Darrell Mercer, Tyray’s longtime victim, turns the tables and publicly overpowers him. His humiliation complete and no longer feared, Tyray is now openly taunted and ostracized by all his fellow classmates. With violent crime and drug dealing commonplace in Tyray’s world, he responds to defeat by procuring a gun from someone in his neighborhood and going after Darrell in a dark alley. Darrell escapes the tense situation and helps stop any further violence, including Tyray’s suicide attempt. But when word of the gun and the abortive shootout reaches Tyray’s father, he reacts with fury. Nonetheless, he helps his younger son hide the weapon; it’s too late for the father to help Warren, his older son, who’s already in prison for a gun-related crime. In a stinging assertion, Tyray’s father tells him he’s no good and he’ll end up in prison like his brother. But Tyray isn’t yet ready to change. Further along in his journey, he’s guided by a compassionate teacher; his rueful brother, Warren; and Lark, a genuinely caring girl. Finally, by helping someone else out of a dangerous spot, he gains understanding and hope for redemption. Although the story follows a somewhat predictable YA trajectory, it doesn’t condescend to its audience or minimize the stakes. Action and characters ring true, and the language is conversational rather than unfailingly correct, though the author doesn’t attempt to be overly hip with the latest street slang. The tense, realistic story shows how quickly situations among young people can turn violent—even deadly—despite the best efforts of school officials and parents.

A sharp, shockingly believable look at the inner-city life of a student.

BROTHERS IN ARMS
by Paul Langan