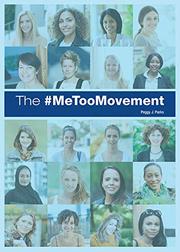 In a tweet heard ’round the world, #MeToo sparked a movement, igniting a fiery, complex conversation about sexual harassment.

Parks (Careers in Fashion, 2019, etc.) provides a robust history of sexual harassment, beginning with the #MeToo social media movement. Initiated by activist Tarana Burke in 2006 and pushed into the mainstream lexicon by actor Alyssa Milano in 2017, #MeToo demonstrates solidarity among people who have experienced sexual harassment. Parks begins with the hashtag, then details allegations against the rich and famous, like Harvey Weinstein, and elected officials such as Al Franken. She also relates the stories of those who have spoken up, including Taylor Swift and journalist Gretchen Carlson. Parks pushes the narrative beyond a tale of victim and victimized to one of victors: She correlates the #MeToo movement with the historic rise in women elected to state and federal offices in 2018, asserting that the #MeToo movement played a significant role. #MeToo sparked a wave of legislative interest and workplace policies to address sexual harassment, but not without unintended consequences. Parks explains some of the serious externalities that resulted: a presumption of guilt against the accused, diminished opportunities for women to be mentored by male colleagues, and retaliation against accusers. Men and boys are also mentioned as targets of sexual harassment. Ample color photographs add interest, and sidebars offer important contextual information.