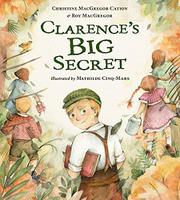 Meet Clarence Brazier. Mortified on his first day of school when he couldn’t spell his name (he hadn’t learned the alphabet) and was mocked by other pupils, Clarence ran home and never returned. Shortly afterward, Clarence’s father was blinded in an accident, and the boy took over the family farm. Before Clarence married, he confided his illiteracy to his fiancee, making her promise to tell no one. When his wife died, Clarence was 93, alone, and lost; how would he manage? He taught himself to read, devising homemade primers from mail and packaging. Eventually, he told his daughter, a retired teacher, and she tutored him. Clarence died in 2012, aged 105. This is a well-written ode to motivation, perseverance, and the idea that it’s never too late, but readers may wonder why no one taught Clarence to read outside of school or why his wife did not teach him—these points are not raised in the story. Nevertheless, youngsters who are readers should feel empowered, and those who are not—yet—will take hope. The soft shades of the charming, textured, expressive illustrations aptly convey an old-time–y feel. Clarence is white; a final scene depicts him reading to diverse schoolkids. An informative author’s note includes a photograph of Clarence and sobering data about worldwide illiteracy.

READ FOR ME, MAMA
by Vashanti Rahaman
Children

LIGHT IN THE DARKNESS
by Lesa Cline-Ransome
Newsletter sign-up