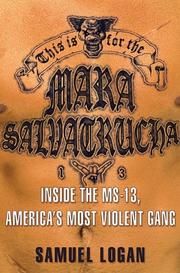 THIS IS FOR THE MARA SALVATRUCHA

Fact-heavy, unfocused investigation of the Mara Salvatrucha criminal organization and the murder of a former member.

At age 12, Brenda Paz began her affiliation with a Dallas branch of the Latino Mara Salvatrucha street gang, one of the most powerful in the United States. When she was 15, Paz participated in her “jumping in”—enduring a vicious 13-second beating by the male gang members, one of two entry points for women into the MS (the other being “sexing in”). Paz found all the freedom, attention, respect and excitement she later admitted to craving, and her boyfriend Veto, the gang’s leader, gave her access and protection. She transformed from an isolated ninth grader living in her uncle’s care to a direct witness of countless extortions, robberies, stabbings, beatings, rapes and murders. After her arrest in connection to a murder, she became an informant for FBI investigations into the MS and a member of the Witness Protection Program. Investigative journalist Logan recounts much of Paz’s story with protracted, expressionless exposition and wooden dialogue—the author wastes a lot of ink on his subjects’ inner monologues—sacrificing narrative energy for trivial details. When Paz is inevitably murdered at the hands of her former comrades, readers may be left strangely unaffected. Logan expends no effort to build tension, instead framing Paz’s death as obvious to everyone except her. Such tragedies are nearly always greater than the sum of their details, and it takes a discerning writer to tease them out. In merely recounting each fact without analysis or apparent empathy, Logan disappoints as both a journalist and storyteller.

Enervated treatment of a story that deserves more.