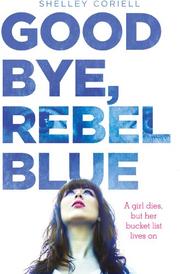 A teen fills a bucket list. The problem is, it belongs to a dead girl.

Detention is a second home for loner Rebecca, aptly nicknamed Rebel Blue, but it’s the first time for the straight and narrow Kennedy Green. (The irony of their names is not lost in the story.) The guidance counselor asks the detainees to create a list of accomplishments they’d like to attain, and the two mismatched teens briefly bond. When Kennedy ends up mysteriously dead, Rebel feels compelled to complete the charitable girl’s bucket list, especially when it won’t disappear. Can the edgy teen who lost her photographer mother, has never known her father, and feels disconnected from her aunt, uncle, popular cousin and, well, everyone actually learn to tango, adopt endangered turtles or perform random acts of kindness? Rebel’s snarky, first-person narration celebrates her artistic spirit even as it tries to hide her grief and sense that she is out of sync with the world. As she begins to check off Kennedy’s items, she discovers that she does need friends, family and even a team. Of course a love interest, like seemingly opposite Nate Bolivar, would also make a fine addition to her support system. And along the way, Kennedy’s desires slowly make way for Rebel’s.

As true as the blue streak in her hair, Rebel will encourage readers to follow their own hearts and dreams. (Fiction. 13 & up)

NOTHING BAD IS GOING TO HAPPEN
by Kathleen Hale
Children

NO ONE ELSE CAN HAVE YOU
by Kathleen Hale
Children

THE PROBABILITY OF MIRACLES
by Wendy Wunder
Children

ANNA AND THE FRENCH KISS
by Stephanie Perkins
Newsletter sign-up