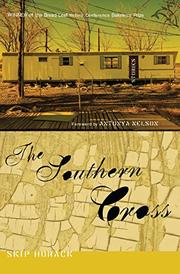 Geography and chronology link the stories in Horack’s debut, set along the Gulf Coast in the year of Hurricane Katrina.

Winner of the 2008 Bread Loaf Writers’ Conference Bakeless Prize for fiction, this collection recalls the hard-boiled Southern sensibility of Larry Brown, though the author has yet to equal Brown’s command of tone and depth of character. Stories vary in length—some vignettes are as short as a page and a half—and in quality, from engagingly subtle to ponderous. Among the heaviest-handed is “The Journeyman,” whose portents telegraph their punches. After a little girl in her Sunday church dress discovers a serpent under a man’s porch, she warns, “God and Jesus are up to something…Reverend Gary says they gonna punish this city soon enough.” Prophesized in the “Spring” section (the collection is organized by season), the punishment arrives by the end of “Summer.” “The Redfish,” perhaps the best piece, evokes Katrina and its aftermath in a parable of innocence, guilt and redemption. In other tales, protagonists deal with moral ambiguities. “The High Place I Go” depicts a nurse, convinced that her husband is cheating on her and that the end of their marriage is imminent, who becomes involved with one of her patients. A commercial fisherman finds romantic comfort with the young Mexican woman who does his cleaning, whom others suspect of being a prostitute, in “Burke’s Maria.” Even before the hurricane, many of these characters lead hard lives, though not all of them are hard people. The closest they come to philosophy is, “ain’t it funny where life takes us?”

Somewhat marred by stock Southern regionalism, though the best stories rise above cliché.

THE OTHER JOSEPH
by Skip Horack
Fiction