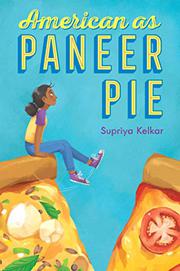 After years of keeping silent in the face of hate, Indian American Lekha Divekar finds her voice.

For all her 11 years, Lekha’s strategy for surviving her mostly white Detroit suburb has been to keep quiet and avoid standing out. Not that it’s done her much good; when her racist classmates aren’t harassing her, they pepper her with questions about her family’s heritage. When a new Indian-immigrant family moves in across the street, Lekha assumes that their daughter, Avantika, will be ill-equipped to cope with the town’s xenophobia. But Lekha couldn’t have been more wrong: Unlike Lekha, Avantika isn’t afraid to stick up for herself. The more Lekha gets to know Avantika, the more she admires her confidence—and the more determined Lekha becomes to find her own voice. Kelkar masterfully develops Lekha’s voice, infusing the protagonist with the perfect balance of curiosity, wit, and insight. Furthermore, she roots the novel in the present by juxtaposing Lekha’s school troubles with local hate crimes and a local congressional election dominated by a far-right candidate. Unfortunately, Lekha does most of her character development in the last third of the book, making the first two-thirds feel more like an increasingly monotonous catalog of complaints than a plot arc. Furthermore, at times, the author’s view can be Hindu-centric, as when she refers to Marathi New Year as an Indian, rather than Hindu, holiday. Overall, though, the book addresses important issues of racism, colorism, and xenophobia through a well-drawn narrator whose political evolution is fascinating to watch.

THE MANY COLORS OF HARPREET SINGH
by Supriya Kelkar
Children