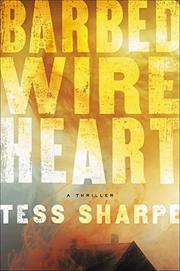 In this hard-edged thriller set in the gold rush country of Northern California, the daughter of a murderous meth dealer finds that escaping the life of crime her notorious father has trained her for will be more difficult than she imagined.

"My childhood wasn't bikes and swim parties, it was full metal jackets and other men's blood crusted beneath Duke's fingernails," recalls 22-year-old Harley McKenna, referring to her father. In flashbacks, we learn that she was 8 the first time she saw Duke kill a man and that a few weeks later, her mother was killed in a meth lab explosion. Harley was 12 the first time she pulled a gun on someone and 17 the first time she shot a man. "I'm what Duke made me," she says. "There's no running from it. There's only facing it." How the conscience-torn Harley faces it—and faces up to Duke's sworn nemesis—will impact the lives of many people, including Will, the good-hearted childhood friend with whom she has fallen in love (and whose mother also died in the explosion). Early on, the novel tends to go over the same ground too many times and takes too many narrative beats to reach a conclusion. But it has a welcome, powerful feminist sensibility—Harley is closely involved with a shelter for abused women and children—and with its relentless intensity, gritty atmosphere, and compelling father-daughter psychology (as much of a monster as Duke is, he loves his "Harley-girl," and she can't shake her family pride), this promises to be one of the best books of 2018.

Sharpe's first adult novel, following her gritty young-adult effort Far From You (2014), introduces a major talent to the crime fiction genre and, with a sequel all but promised, an exciting protagonist.

THE WOMAN IN THE WINDOW
by A.J. Finn
Fiction

THE WIFE BETWEEN US
by Greer Hendricks
Mystery

THE DIME
by Kathleen Kent
Fiction