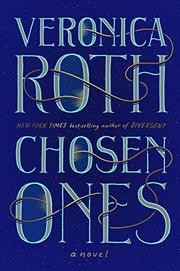 What happens to heroes after they save the world?

Sloane Andrews, Matthew Weekes, Esther Park, Albert Summers, and Ines Mejia fulfilled a prophecy by defeating an evil villain and saving the human race. But that was a decade ago. Now, they’re no longer teenagers, and enough time has passed that stand-up comedians are joking about why the murderous sorcerer who destroyed entire towns with magical “Drains” akin to natural disasters was called the “Dark One.” The magic he wielded with such deadly force is now the subject of dry academic writing. These days the five “chosen ones” are huge celebrities, but they still have to deal with realistic mundanities like making a living and caring for sick parents. Sloane in particular is struggling with PTSD and, after a few Freedom of Information Act requests, is reading about a more complicated side of the government official who helped train them as kids to fight the Dark One. Not long after a big celebration marking the 10-year anniversary of the Dark One’s death, Albert dies of an overdose. When Sloane, Matthew, and Esther gather together for his funeral, something unimaginable happens. As it turns out, the Dark One may not be gone after all, and everything they thought they knew about magic, the Dark One, and the prophecy that predicted his demise is wrong. Roth (The End and Other Beginnings: Stories From the Future, 2019, etc.) made her name by writing bestselling YA action/adventure novels like the Divergent series, so it makes sense that she can so expertly deconstruct those tropes for adult audiences. There’s a lot of magic and action to make for a propulsive plot, but much more impressive are the character studies as Roth takes recognizable and beloved teen-hero types and explores what might happen to them as adults.