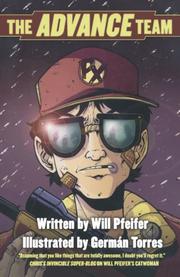 In the opening sequence, narrator Zack McKinley of Cleveland prepares to assassinate rock icon Orson Arson with a high-powered rifle. "Believe it or not," the caption advises us, "I wasn't always like this." Indeed. Previously, Zack eked out a living delivering pizzas while trying to summon up the courage to ask fellow-employee Vic for a date. Then one snowy evening Vic grabs Zack's phone, punches in her number and says the rest is up to him. Zack picks up a stack of pizzas and drives joyfully away—until a strange unearthly light kills all electric power and brings the car to a stop. Wondering what's going on, Zack climbs out. Straight into the arms of a bunch of thugs intent on robbing him and stealing his phone. Hardly knowing what he's doing, Zack beats them to a pulp. "Wow," he murmurs. He tracks down the artist who devised Orson Arson's logo, Anton Arvon. Arvon turns out to be a homicidal alien with super powers. After a struggle Zack kills him and runs home, where his Uncle Archie is waiting. Archie, who claims to be an astronaut and isn't actually related—in the artwork he resembles the Joker—explains that, 50 years ago, aliens opened up a wormhole on the far side of the moon and sent to Earth an advance team of invaders. Zack's part in all this is...well, Zack thinks Archie is crazy and blows him off. The story proceeds via abrupt cuts and flashbacks, with the details more convincing than the broad outline, itself not too much more than hackneyed science-fantasy wish-fulfillment. The blocky, rather messy black and white artwork brings to mind Mad magazine and fails to make the best use of the script.