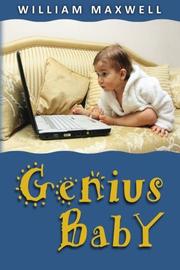 In Maxwell’s freethinking thriller, a global conspiracy unfurls when an inexpensive energy device sparks the murderous greed of big business.

This story takes shape quickly, as readers learn about a Kenyan man who has created a device that harnesses solar energy. Kevin Chu, an esteemed patent lawyer, foresees energy companies lethally resisting such a device. That turpitude gives Maxwell the opportunity to expound on the ruinous nature of avarice and warfare and how those pursuits have thwarted Adam Smith’s idea of wealth accruing in all nations. That examination spins into a consideration of childbirth and, in turn, the birthing of a genius baby: “The happier the home, the more the mother will be relaxed. The more the mother relaxes, the less adrenaline she produces...the more the fetus’s own healthy hormones can function efficiently to knit synapses in the brain.” Richard, the 23-month-old son of Chu and his wife, Ann Milton-Chu, a children’s book author, speaks like a Cambridge scholar, plays a mean blues piano and comes up with a plan to prevent the murder of the Kenyan inventor’s patent attorney, Jacques Rousseau. Seemingly every encounter between Richard and his father is another chance for the narrative to digress into varied topics, including music, the brain, derivatives, bureaucratic catatonia, breast-feeding, truth, Calvinism and cynicism. The philosophies are bighearted and generous, even as they overstuff the book—a Zen and the Art of Motorcycle Maintenance on steroids. The details, however, can threaten the book’s momentum—“Kevin leans back in his luxurious soft Brazilian beige calfskin executive chair”—and provide moments of near-farce: The conspiracy is conducted by “a supreme council connected to a secret world-wide military industrial fascist complex,” among whom are former Skull and Bones members, with “their usual rituals of male bonding, which includes dancing American Indian style, but in the nude.” Nonetheless, it’s impressive to witness so many inclusive, decent thoughts under one roof.

An expansive philosophical treatise on living a principled, open-minded life, under the mantle of a gripping international thriller.

THE UNITED STATES OF PARANOIA
by Jesse Walker
Fiction