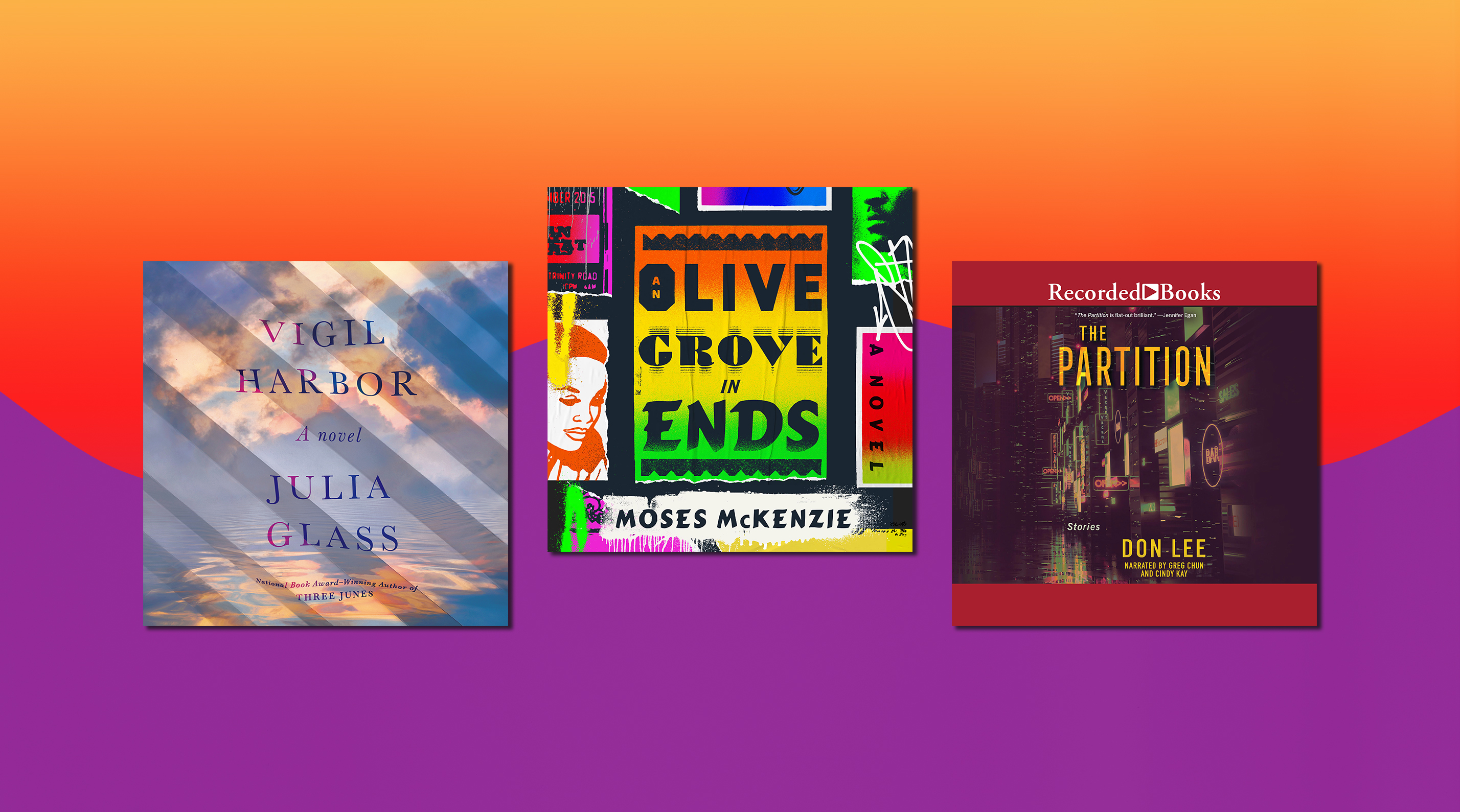 The book our reviewer called “the most exciting U.K. debut in years”—An Olive Grove in Ends by 23-year-old Moses McKenzie (Hachette Audio, 9 hours and 49 minutes)—is possibly even more powerful in audio, because it’s set in a place that comes to life through its dialects and patois. A person’s ends, in British slang, is what we in the U.S. call their ’hood, and this one, located in Bristol, is home to an unsettled mix of Caribbean and Somali, Muslim and Christian, gangs and congregations. The only thing that could be better than the way the author evokes this community on the page is to hear his brother, Louis McKenzie, an accomplished actor, interpret it aloud. The olive grove of the title surrounds something truly unexpected in Ends—a magnificent mansion. Narrator Sayon Hughes is 10 years old the day he breaks into it for the first time and vows to live there someday. The dream is buried at the heart of all his relationships: with his cousin Cuba, who will give him the means through drug dealing; with his schoolmate Shona, a preacher’s daughter and the love of his life; with his mother, whose cruel failure to believe in him is a motivation in itself.

A few of the stories in The Partition by Don Lee (Recorded Books, 7 hours and 37 minutes) are set in the film industry, where exaggerated accents and other stereotypes and tropes are a plague for Asian American actors. Cindy Kay and Greg Chun, the audiobook narrators of Lee’s lively, edgy, often erotic stories, bring authenticity and wry vocal shadings to a variety of complicated characters in a dazzling array of settings. The daughter of Korean immigrants who own a Chinese restaurant in Warrensburg, Missouri, Penny sets her sights on working at the trendiest izikaya in downtown Philly. In Tokyo, the sons and daughters of diplomats smoke weed at an Eric Clapton concert. Boston TV newscaster Victoria Crawford (formerly Hyo-son Cho) is a “1.5”—born in Korea, raised in the States. Of her two lovers, she prefers her married White boss to the sweet, single Dr. Yung-Duk Moon. In the wilds of West Texas, a Korean author and her translator bathe nude in a hot tub. In a suburban neighborhood of Baltimore with a racist history, an Asian American couple is on the rocks. Lee skewers idiocy and cant everywhere he finds it, and he finds it just about everywhere.

A fictional Massachusetts coastal town around a decade in the future is the eponymous setting of Vigil Harbor by Julia Glass (Random House Audio, 17 hours and 9 minutes). This ambitious, engrossing, somewhat terrifying story features eight first-person narrators and one omniscient narrator, brilliantly realized by a cast including favorites like January LaVoy and Kimberly Farr as well as the author’s son Alec Glass. Every inhabitant of Vigil Harbor has been directly affected by the sharp escalation of global warming, viral pandemics, and domestic terrorism. One teenager lost his father to Covid in 2020; a neighbor who went to NYU was at the epicenter of a bombing. A Guatemalan-born landscaper lives with the anxiety of a now-complete ban on immigration; the gorgeous coastal residences built by the architect now exist only in the virtual reality closet he uses as a marketing tool. As for the marine biologist, his job has become so politicized he’s been attacked by local fishermen. What would a happy ending even mean in this version of our future? You’ll be desperately rooting for these characters to find out.