4 New Adaptations To Watch in August 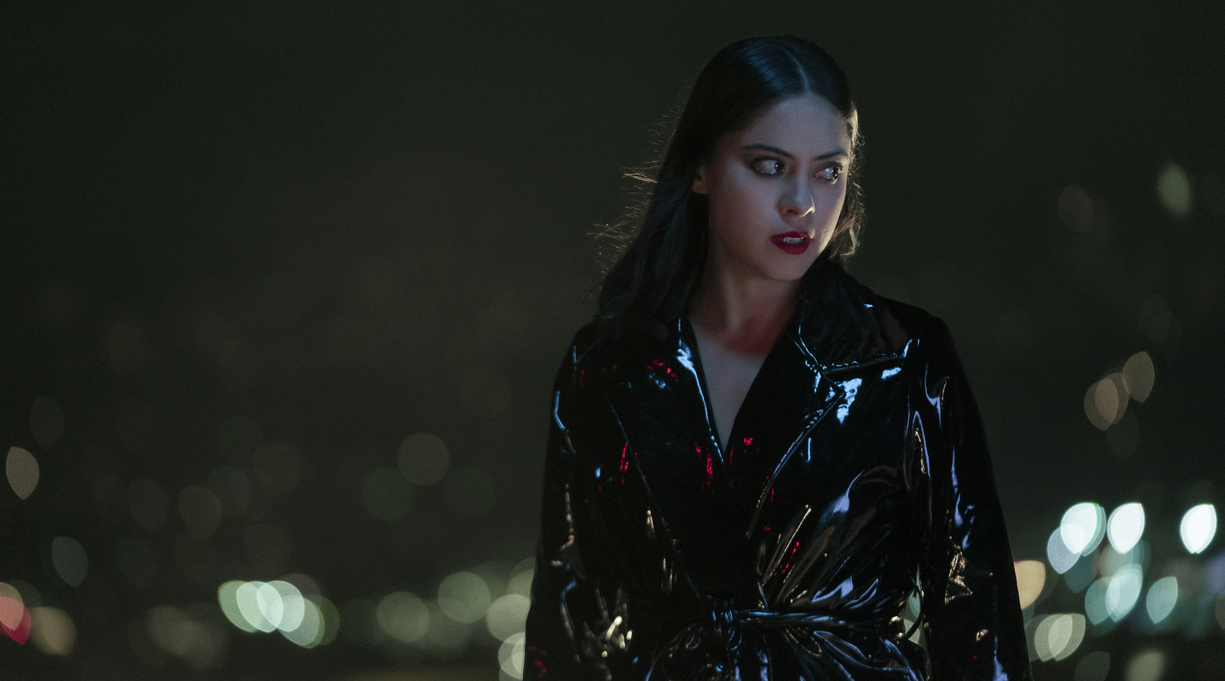 Keep an eye out for Kirkus’ upcoming, in-depth columns on a Hulu miniseries adaptation of Liane Moriarty’s bestseller Nine Perfect Strangers and the long-awaited film sequel Candyman, based on a Clive Barker horror story. For now, these four other book-to-screen adaptations will help you while away the summer:

Beth Reekles’ 2013 YA novel, The Kissing Booth, spawned not only a popular book trilogy but also a film series, which follows the ongoing romantic relationship of teenager Elle Evans (The Act’s Joey King) and Noah Flynn (Euphoria’s Jacob Elordi), who’s two years older than Elle and the brother of her best friend, Lee (Joel Courtney). King is a charming actor whose appeal makes these light romances worth watching, and fans of the CW superhero show Legends of Tomorrow will be pleased to see Maisie Richardson-Sellers, who appears again in this beach-based third installment as Noah’s sharp college friend, Chloe Winthrop. And the great Molly Ringwald, as Noah and Lee’s mom, is always a welcome presence.

This offbeat new series is based on Todd Grimson’s 1996 horror novel, which tells the story of Lisa Nova, an aspiring avant-garde film director who unleashes a curse on a studio executive who betrayed her, causing all sorts of supernatural chaos. Alita: Battle Angel’s Rosa Salazar stars as Nova, alongside such fine actors as Oscar nominee Catherine Keener and The Good Place’s Manny Jacinto (who also appears in Nine Perfect Strangers). The show was co-created by Nick Antosca, who previously conjured up the unsettling Syfy horror anthology series Channel Zero, and the latest teaser trailer promises lots of stylish, surreal imagery. This tracks with Kirkus’ review of the novel, which highlighted its “take-that, fist-in-your-face daring.”

Once Upon a Time’s Meghan Ory stars in this long-running drama, based on Sherryl Woods’ popular book series. She plays Abby O’Brien Winters, a divorced woman who, at the start of the first season, came back to her titular seaside hometown after many years away to help her sister, who runs a local inn; she also navigated a complicated relationship with a former flame, Trace Riley—played by Passions’ Jesse Metcalfe, who’s set to depart the show this season. This low-key, small-town family drama in some ways calls to mind the pleasing Netflix show Sweet Magnolias, also based on series of novels by Woods. This new season features a promising new cast member, as well: iZombie’s Robert Buckley, who’s sure to attract new fans.

Stephen King’s short story “Jerusalem’s Lot,” from the 1978 collection Night Shift, is a prequel to his 1975 vampire novel, ’Salem’s Lot, and the inspiration for this new TV series, starring Oscar winner Adrien Brody. He stars as Charles Boone, who, in the original tale, moves into a mansion he recently inherited, located near Preacher’s Corners, Maine, in 1850. There, he finds a map to a deserted village called Jerusalem’s Lot, which has a horrific past connected to his own family’s. The show apparently adds new characters, but it clearly retains the tale’s creepy tone. It also features Emily Hampshire in a dramatic part that’s miles away from her role in the wildly popular Pop TV comedy series Schitt’s Creek.