5 Book Adaptations to Check Out In July 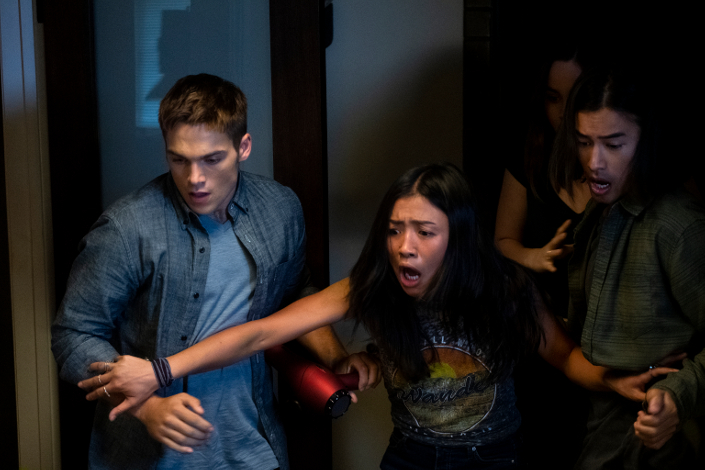 One could argue that this second adaptation of Stephen King’s 1983 horror novel wasn’t strictly necessary—particularly when Firestarter is just sitting there. But as I mentioned in my Screener column in April, directors Kevin Kölsch and Dennis Widmyer did manage to find new chills in this story of deceased children and animals who come back wrong. Afterward, you might want to revisit the novel, which is a surprisingly poignant meditation on grief that one rarely sees in the genre.

This excellent historical series, which stars Samantha Morton, Lesley Manville, and Jessica Brown-Findlay, was inspired by The Covent Garden Ladies by Hallie Rubenhold. It’s a 2005 nonfiction work about Harris’s List of Covent Garden Ladies—an anonymous annual directory of London sex workers, published in the second half of the 18th century. Hulu’s show, however, tells tales of fictional sex workers of that era who struggle against authorities, clients, and one another. The end of last season left things in crisis, to be sure, with Morton’s character, madam Margaret Wells, barely slipping the noose and rival madam Lydia Quigley, played by Manville, getting committed to a mental institution.

Big changes are afoot in this season of this British cozy-mystery series, which airs as part of PBS’s Masterpiece series. It’s based on James Runcie’s ongoing series of short story collections set in the 1950s, featuring Sidney Chambers, a small-town English vicar who’s been known to solve crimes from time to time. This six-episode season, which aired in England earlier this year, is the last bow for series lead James Norton, and a new character, the Rev. Will Davenport, takes his place, played by Outlander’s Tom Brittney.

In this teen-horror series, based on Zoe Aarsen’s YA novel of the same name, a group of high school girls play a version of the kids’ game Light as a Feather, Stiff as a Board. They get the idea from the creepy new girl in school, who takes the opportunity to predict how some of the players are going to die—and die horribly. These predictions then start to come true, of course. Several other reviewers have compared the show to Pretty Little Liars and the Final Destination film series, and they’re not wrong. But although it isn’t revolutionizing the genre, it is addictively watchable. The first season really moved—which you couldn’t always say about PLL. As this new season opens, main character McKenna Brady—played by the talented Liana Liberato—must deal with the consequences of a curse, and it’s sure to be quite a ride.

It’s the final season of one of Netflix’s first original-series successes, which was based, very loosely indeed, on Piper Kerman’s 2010 memoir Orange Is the New Black: My Year in a Women’s Prison. Kerman’s counterpart in the series, Piper Chapman (sharply played by Taylor Schilling), has spent a lot more than a year in prison at this point—including stints in maximum security, which Kerman never did. I’ll admit that I lost interest in the show after—3-year-old spoiler ahead—Poussey Washington, brilliantly portrayed by Samira Wiley, was killed by a prison guard. But from the start, the show has been a showcase for wonderful performances by such actors as Danielle Brooks, Dascha Polanco, Kate Mulgrew, Taryn Manning—the list goes on and on. One can surely expect some tour-de-force turns in this farewell season.

In the photo: Dylan Sprayberry, Brianne Tju, and Jordan Rodrigues in Season 1 of Light as a Feather.