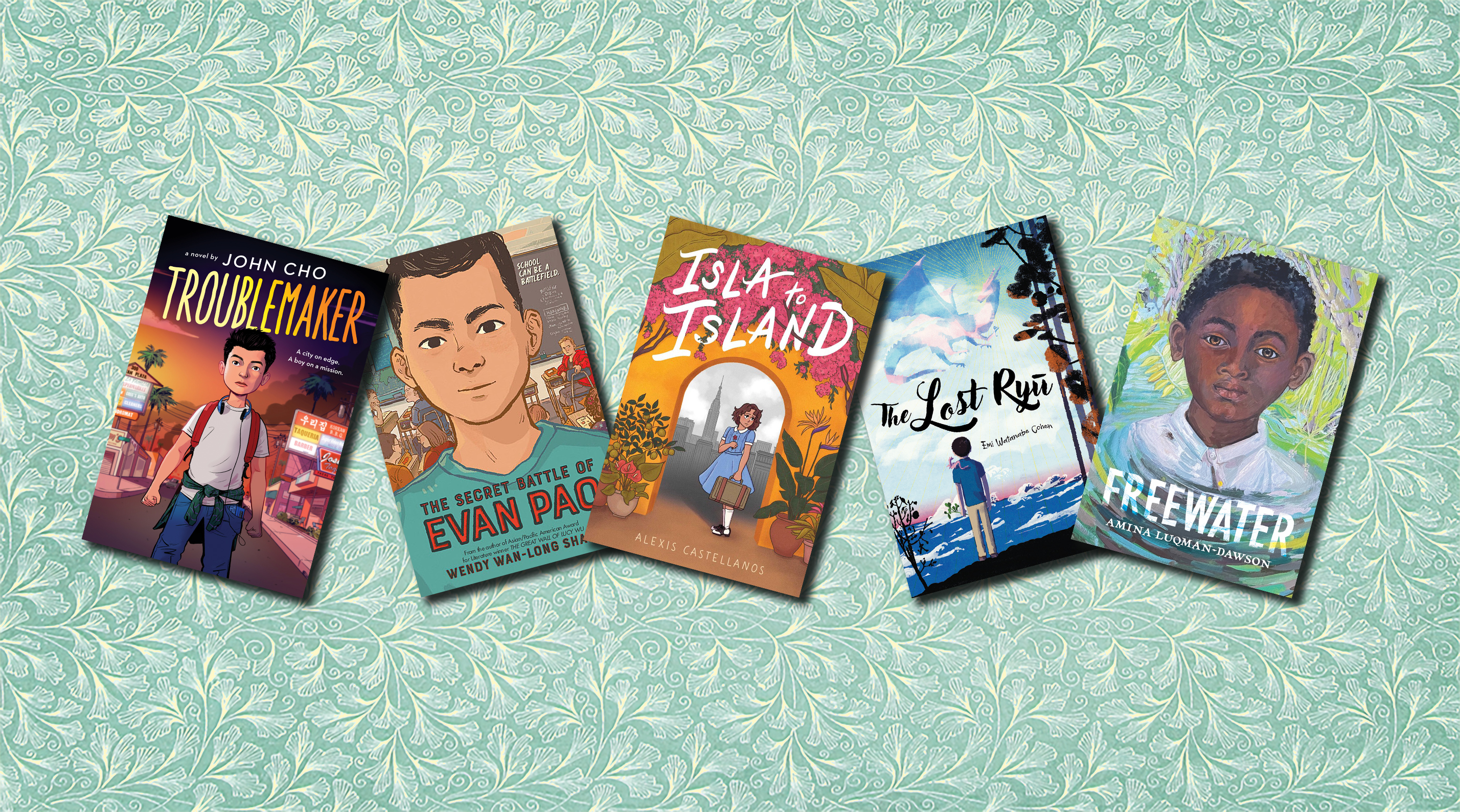 Background from the British Library on Unsplash

“Characters are White—a realistic choice, given the historical setting.” As a reviews editor, I’ve come across variations of that phrase over the years, and it always makes me pause. Many still hold the misconception that the past looked homogenous, that people of color were rare exceptions in a mostly White landscape. It’s no surprise why: Historical fiction has often cast White characters as the heroes, the narrators of history, with characters of color relegated to the background. Happily, that is changing as we see more and more novels that offer far richer—and more authentic—representations of history.

Amina Luqman-Dawson’s Freewater (Little, Brown, Feb. 1) centers on a community of people who fled slavery, making their home and raising freeborn children in the Great Dismal Swamp. Simultaneously sweeping and intimate, the novel follows a wide cast of characters, among them 12-year-old Homer, who has just escaped the Southerland plantation with his sister, and his friend Anna, who plans to follow suit. Based on actual accounts of those who fled enslavement, this story of Black resistance offers a necessary counter to historical fiction dominated by White saviors.

With Isla to Island (Atheneum, March 15), Alexis Castellanos draws from her own family’s experience with Operation Peter Pan, a program that, between 1960 and 1962, evacuated Cuban children to the United States after Fidel Castro came to power. This almost entirely wordless graphic novel uses color to dazzling effect. The pages fill with rich, warm hues to depict young Marisol’s life in Cuba. Castellanos uses a black-and-white palette when Marisol finds herself in the United States, lonely and scared, but color slowly reemerges as she carves out a new life.

Set during the 1992 LA riots, actor John Cho’s debut novel, Troublemaker (Little, Brown, March 22), co-written with Sarah Suk, follows Jordan, a Korean American boy attempting to make his way to his father, alone at the family liquor store—and bring him a gun for protection. Those living through historical moments aren’t always granted the luxury to ponder that fact, and friendship woes, failing grades, and his fraught relationship with his father dominate Jordan’s thoughts. Yet this fast-paced tale also pauses to explore historical context, and over the course of the frenzied night, Jordan emerges with a greater awareness of the systemic racism at the root of the riots.

The title character of Wendy Wan-Long Shang’s The Secret Battle of Evan Pao (Scholastic, June 7) feels out of his element when he and his family move to a small town in Virginia, where he is the only Chinese American student in his class. A Civil War project feels alienating until Evan finds evidence of Chinese soldiers who fought in the war—a discovery that bolsters him as he copes with a family secret and both subtle and more overt forms of racism. Shang’s thoughtful, empathetic tale will leave readers eager to follow Evan’s example and approach history through a more inclusive lens.

In Emi Watanabe Cohen’s The Lost Ryu (Levine Querido, June 7), ryu, or dragons, are real but small; large ryu haven’t been seen in Japan since the end of World War II, about two decades ago. Ten-year-old Kohei is convinced that finding a large ryu is the key to making his unstable grandfather happy once more, and he sets out to do so. This beautifully layered novel entwines long-hidden secrets about Kohei’s family with dark discoveries about the war; the result is an intricate tale that will reward readers willing to grapple with complex truths.