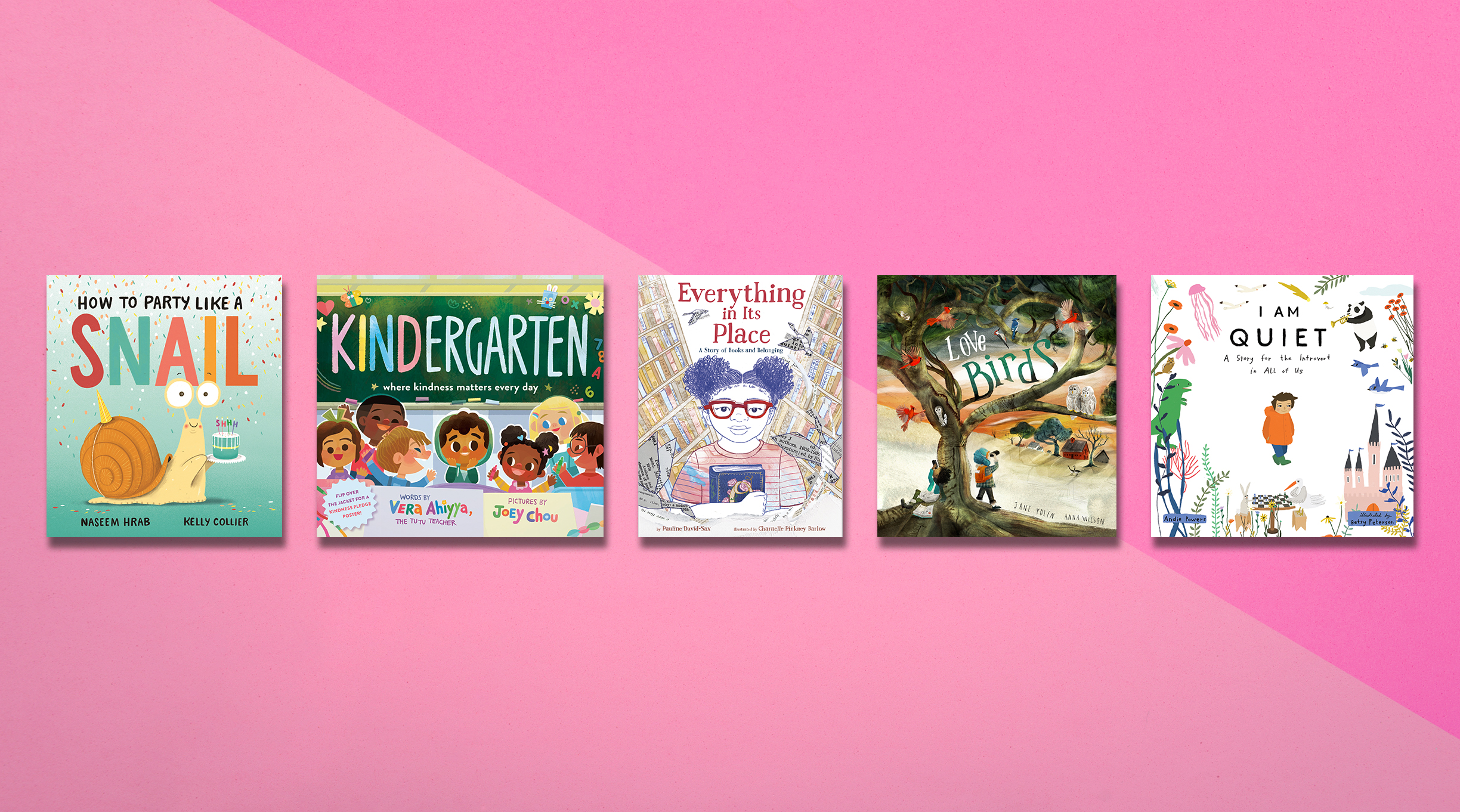 As a quiet, introverted kid, I was often told to speak up. It was a message I got not only from educators, but also from kid lit. Some of my favorite characters—Mary Anne Spier from Ann M. Martin’s The Baby-Sitters Club series, Beth Ellen Hansen from Louise Fitzhugh’s The Long Secret (1965)—were quiet kids whose shyness was often greeted with exasperation by those around them. But what was wrong with being quiet? Nothing, I (and many others) slowly realized. In the last decade, attitudes toward introversion have begun to shift, due in part to books like Susan Cain’s Quiet: The Power of Introverts in a World That Can’t Stop Talking (2012). I’m heartened to see children’s literature following suit; several picture books published this year center on quiet kids who find fulfillment while staying true to themselves. These stories will serve as balms to children and lessons to many adults: A quiet life can be a profoundly satisfying one.

“Cat got your tongue?” “Emile, don’t be shy.” Adults often offer well-meaning advice to the tan-skinned protagonist of Andie Powers’ I Am Quiet: A Story of the Introvert in All of Us (Bala Kids/Shambhala, April 12), but, as Emile informs readers, he’s not shy. He may be quiet, but he also has wild daydreams, spends time in nature, and interacts with others on his own terms. Teasing out the differences between introversion and shyness, this narrative features an unapologetically bold first-person narrative and winsome, childlike illustrations from Betsy Petersen that vividly depict Emile’s rich inner life.

Vera Ahiyya’s KINDergarten: Where Kindness Matters Every Day (Random House Studio, June 21) follows Leo, a brown-skinned boy who frets when his new teacher sends a letter to students in anticipation of the first day of school, inviting them to share ways to be kind. Leo isn’t so sure about speaking up in front of a new class. But, as he and readers learn, sometimes actions speak louder than words. Ahiyya’s gentle story and Joey Chou’s soothing illustrations will reassure nervous youngsters that they, too, have plenty to contribute in their own ways.

Pauline David-Sax’s Everything in Its Place: A Story of Books and Belonging (Doubleday, July 19) follows Nicky, a Black child who takes refuge from the overwhelming world of recess by shelving books for the school librarian but feels adrift when the library closes for a week. Nicky soon discovers, however, that community comes in many forms. Complemented by Charnelle Pinkney Barlow’s intimate collage art, David-Sax’s sensitively crafted verse charts the emotional trajectory of a child who learns to connect without altering who they are.

Can an introvert be a party animal? The protagonist of Naseem Hrab’s How To Party Like a Snail (Owlkids Books, Sept. 15) retreats into his shell (literally) when things get too loud at parties, and soon the invitations stop coming. But with help from a supportive tree stump, Snail devises a way to party that suits both him and Stump—one that involves donning jammies and listening to lullabies. Hrab leans heavily on the humor in this delightful tale that encourages quiet children to find happiness on their own terms; Kelly Collier’s endearing cartoon illustrations are the perfect accompaniment.

In Jane Yolen’s Love Birds (Cameron Kids, Nov. 8), Jon, a light-skinned boy, keeps to himself until he befriends fellow introvert and bird-watcher Janet, a Black girl; over the years, their rewarding friendship blossoms into romance. Anna Wilson’s textured images of chirping, flapping, tapping woodpeckers, crows, and cardinals make it clear that while Jon’s silence may frustrate his chatty mother, his world is a vibrant one.