5 Works of Eco-fiction To Read Now 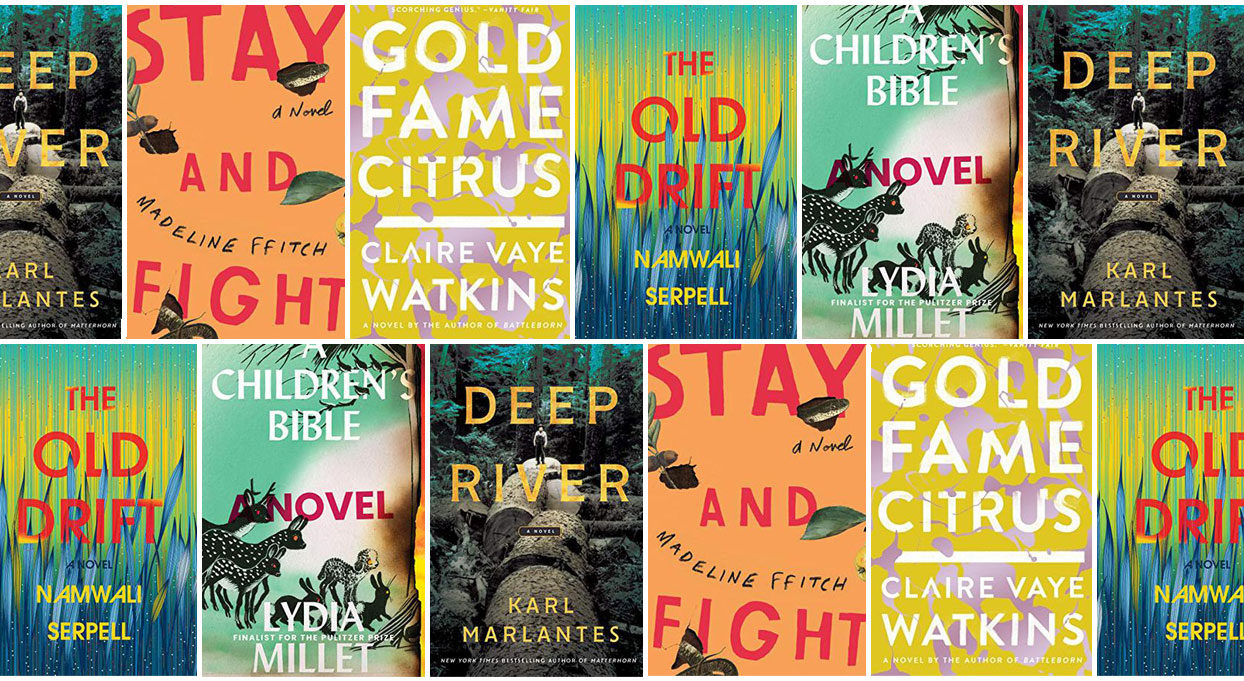 For better or for worse, we’re living in a boom time for novels about the fate of our planet. Troubling news about climate change has prompted many writers to imagine the harm that’s being done to the planet—and might be done yet. But it’s also inspired them to delve more deeply into questions about what human resilience will look like in a crisis. These five novels all look at the planet and the environment from a perspective that’s critical of our past actions but not ready to give up.

Stay and Fight by Madeline ffitch (Farrar, Straus and Giroux, 2019): Ffitch’s powerful and offbeat 2019 debut novel is set among a group of back-to-the-landers in Appalachian Ohio, where fracking has unsettled the surrounding land, particularly the homestead of three women trying to raise a child there. Ffitch understands how a disrupted environment creates toxins that are both environmental and social—the drilling impacts parenting, economics, gender, and more. As the child’s future comes into question, the novel becomes a tense pitted battle between survivalists and the forces of business and government that seem determined to undermine them.

Deep River by Karl Marlantes (Atlantic Monthly, 2019): Marlantes’ second novel is a sweeping family saga set amid Oregon’s logging industry, whose success in the early 20th century came on the backs of immigrant workers who were often underpaid and mistreated. In response to this injustice, the novel’s spitfire heroine, Finnish immigrant Aino, becomes a union organizer who’s alternately maddening and inspiring to those around her. Marlantes explores this dynamic of labor, land, and politics with close research and a page-turner’s pacing—plus an eye on contemporary populism—revealing how greed imperils the land and people alike.

A Children’s Bible by Lydia Millet (Norton, May 12): Eco-fiction dystopias often make our climate future outright calamities of tidal waves and massive tree die-offs. Millet, who’s researched and written on the environment in addition to being a celebrated fiction writer (she’s been a Pulitzer and NBCC finalist), knows what’s coming is likely to be more subtle, and the slow-motion collapse she imagines in her latest novel is what makes it so harrowing. Set in an enclave of wealthy adults deluding themselves that they can escape intensifying storms, the novel centers on the children who see the crisis more clearly and are forced to grow up in a hurry. In the process, Millet shows how readily we can descend into fear, tribalism, and violence.

The Old Drift by Namwali Serpell (Hogarth/Crown, 2019): The far-reaching, long-lasting consequences of colonialism are at the heart of Serpell’s brilliant, multifaceted debut. Starting in the late 1800s with British colonists in Zambia, the story zips across the 20th century and into the near future to cover political revolutions, institutional violence, AIDS, and ever more invasive technologies, which dehumanize everyone but most fully exploit the poorest people outside of the West. “Black people have always made great guinea pigs,” one character says, and the whole novel is a vibrant visualization of that idea and a ferocious critique of it.

Gold Fame Citrus by Claire Vaye Watkins (Riverhead, 2015): Watkins’ debut novel is a stark and unusual romance set in a future California that’s been ravaged by depleted water supplies. The Mad Max–ish setup has its moments of violence and desperation, but the novel mostly operates at a more intimate register, following a couple caring for an abandoned child in an ever expanding desert. As they travel, Watkins writes thoughtfully about what faith and family will look like in an environment that’s shifting to the very edge of uninhabitability.