6 Genre Novels That Will Keep You Turning Pages 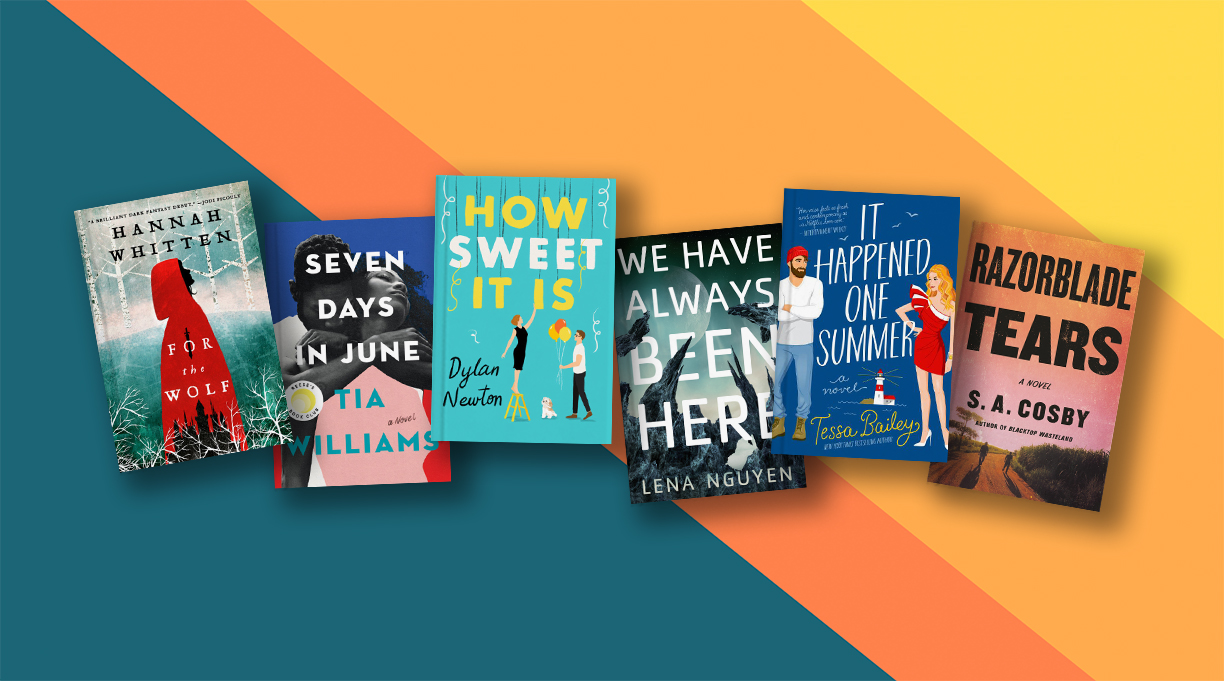 Books have a lot more competition this summer than last; with parties, concerts, and travel back on the menu—not to mention restaurants!—you might not have as much time to read. What you need is an absorbing genre novel to pull you in. As our review of S.A. Cosby’s Razorblade Tears (Flatiron, July 6) says, “genre fiction has a rare capacity to touch on any number of big ideas: love, death, hatred, violence, freedom, bondage, and redemption, to name just a few.” Cosby’s new novel encompasses all those things in a driving crime story about two fathers, one Black and one White, who team up to avenge the murder of their two sons—despite the fact that the men are homophobes and their sons were married. Our starred review says, “This is a bloody good yarn with two compelling antiheroes you’ll root for from the start.…Lean and mean, this is crime fiction with a chip on its shoulder.”

Dylan Newton’s debut romance, How Sweet It Is (Forever, July 13), actually features a horror writer, so you almost get two genres in one. Our heroine, Kate Sweet, is an event planner who spends most of her time creating perfect weddings. She’s less than enthusiastic about handling a book party for Drake Matthews’ latest gorefest, but she lets herself get roped in by a friend. Turns out Drake is adorable—and he’s secretly writing a romance novel himself. Our starred review says the book is “laugh-out-loud funny, with enough antics, fast pacing, and chemistry to keep readers….engrossed.”

Seven Days in June (Grand Central, June 8) by Tia Williams also features a romance writer. Eva Mercy is the author of a long-running erotica series, but her well is dry as she tries to write her latest book. Shane Hall is an award-winning literary author. The two of them spent one intense week together back in high school, and now that they’ve run into each other at a literary event, they have to find out if their damaged pasts will let them come together in the future. “Williams’ novel is a tour de force,” says our starred review, “capturing Eva’s experience as part of the Black literati in Brooklyn.…A hugely satisfying romance that is electrifying and alive.”

Tessa Bailey’s It Happened One Summer (Avon, July 13) has a Hollywood socialite who’s been dumped by her boyfriend of three weeks, a fishing-boat captain who doesn’t have the time of day for her when she washes up in his small coastal Washington town, and a sudden attraction that takes them both by surprise. “Bailey delivers on her usual trifecta of sharp banter, instant chemistry, and high-heat sex scenes,” according to our starred review, “but they are coupled with intense soul-searching for both Piper and Brendan. How can they be together when they seem so different? What does it mean to truly accept a partner for who they are?”

If you’re extra eager to get out of the house, try We Have Always Been Here, (DAW/Berkley, July 6), Lena Nguyen’s space exploration debut. Grace Park is a psychologist on a ship heading for Eos, part of a mission to find out whether that planet is fit for human colonization since things aren’t going very well on Earth. Our review says the book “is claustrophobic and dark, full of twisting ship corridors and unreliable characters.…A promising, atmospheric debut.”

Hannah Whitten’s For the Wolf (Orbit, June 1) is a “masterful debut from a must-read new voice in fantasy,” according to our starred review. There are five kings, twin princesses, a handsome man/wolf, dark magic, and a centuries-old sacrifice. Our review says, “The novel seamlessly blends ‘Little Red Riding Hood’ and ‘Beauty and the Beast’ into an un-put-down-able fairy tale that traces the boundaries of duty, love, and loss.”