6 Spooky Novels for Your Halloween Reading 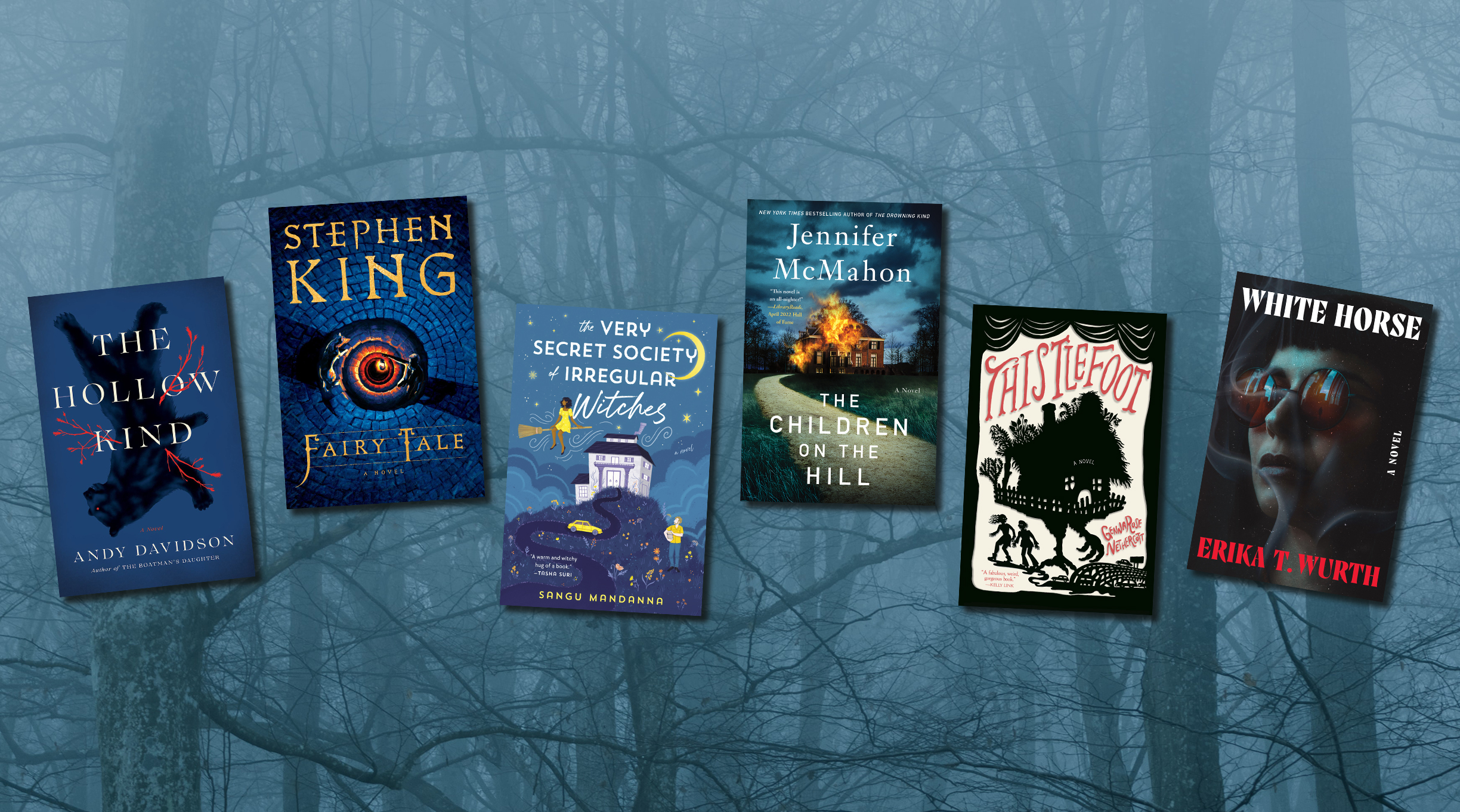 During the last few pandemic years, no one needed to be more scared than they already were—but Halloween is back with a vengeance this year, so it’s time to check out witchy, frightening, fantastical fiction to go with the mood.

Stephen King never disappoints. His new book, Fairy Tale (Scribner, Sept. 6), finds young Charley Reade befriending a Maine neighbor who warns him never to go into the shed behind his house. Could it be Narnia in there? Not likely. Behind the door is “a whole bunch of people—well, sort of people, anyway—who’d like nothing better than to bring their special brand of evil up to our world’s surface,” according to our starred review. “A tale that’s at once familiar and full of odd and unexpected twists—vintage King, in other words.”

Jennifer McMahon takes inspiration from the first modern horror novel, Mary Shelley’s Frankenstein, for her new book, The Children on the Hill (Scout Press, April 26), which revolves around a private Vermont hospital for the mentally ill and takes place in both 1978, when a young patient named Iris with raised scars she tries to hide comes to live there, and 2019, when a podcaster named Lizzy Shelley comes to Vermont looking for a monster who abducts young girls. “McMahon succeeds admirably in building real chills and a surprising twist,” according to our review.

In The Hollow Kind (MCD/Farrar, Straus and Giroux, Oct. 11), Andy Davidson explores the hole at the center of the Redfern family—the one where the soul should be. Leaving an abusive husband, Nellie Gardner takes her son, Max, and runs to her family’s turpentine estate in Georgia. “Let’s face it, if you hang out in dusty old estates populated by long-kept secrets, guilt, remorse, and madness…[are] bound to come slithering out of a hole,” according to our review.

Kari James, the protagonist of Erika Wurth’s White Horse (Flatiron, Nov. 1), is a fan of Stephen King. Warning: Her life isn’t going to be a bed of roses. Kari is Apache and Chickasaw, but she doesn’t think of herself as a traditional Indigenous woman—so it’s a surprise when she touches a bracelet that belonged to her long-lost mother and “experiences violent, troubling visions about the past and her family, and a dangerous monster is unleashed,” according to our review, which calls the book “an engrossing modern horror story.”

If pumpkin spice season has you in the mood for cozy rather than frightening seasonal reading, try The Very Secret Society of Irregular Witches by Sangu Mandanna (Berkley, Aug. 23). Mika Moon, a British witch, has spent her whole life trying to keep her magic secret; now she’s been invited to work as a tutor for three magical orphans. “A magical tale about finding yourself and making a found family that will leave the reader enchanted,” according to our starred review.

The title character of GennaRose Nethercott’s Thistlefoot (Anchor, Sept. 13) is a house: a magical house that moves on chicken legs and that offers a key to the past for siblings Isaac and Bellatine Yaga. They’re descendants of folkloric witch Baba Yaga who “realize they must tell the story of Gedenkrovka, Russia, where a pogrom destroyed its Jewish inhabitants,” according to our starred review. “This book blooms from a fairy tale to a panoptic story that defies space and time, brimming with creativity, wisdom, and love.”