An Interview with Cathryn Siegal-Bergman 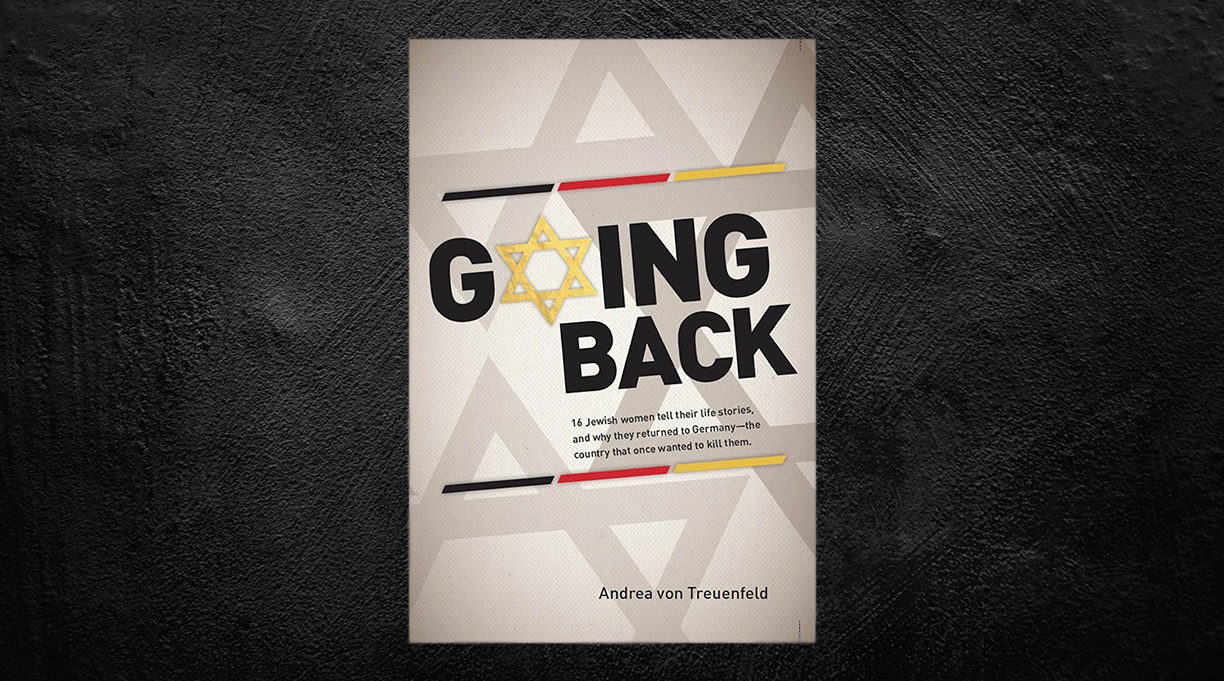 Call it serendipity: Translator Cathryn Siegal-Bergman was browsing a publisher’s catalog, looking for a particular cookbook she hoped to translate, when a German book by Andrea von Treuenfeld caught her eye. “I asked for a review copy, and the rest is history,” she says.

Siegal-Bergman translates the book’s German title as Going Back. When she first read it, she says she couldn’t put it down. “I finished it inside of 36 hours.” A work of oral history, von Treuenfeld’s book collects the accounts of 16 Jewish women who survived the Holocaust and returned to their native Germany after the war.

“I’m a Jewish woman in Cleveland,” says Siegal-Bergman. “We have a pretty large Jewish population here. I was raised within [that] culture.” But von Treuenfeld’s book gave Siegal-Bergman a new perspective on the experience of German Jews. “There’s an oral history that’s not complete,” she says. “I’d never heard of people who went back [to Germany].”

Going Back is a vivid record of lives brutally altered by World War II. Each survivor tells her story in a discursive, first-person testimonial. The accounts are rich with detail, frank, and heartbreaking. “I think [von Treuenfeld] did an extraordinary job of documenting their words,” says Siegal-Bergman. In its review, Kirkus Reviews calls the book “something quite distinct from the usual Holocaust memoir: a book that scrambles the very notion of a homeland and the ties that bind us to one.”

Siegal-Bergman liked the book so much and had so much respect for von Treuenfeld’s work that she was slightly intimidated by the task at hand. “This was the first book I acquired on my own,” she says. “I suddenly adopted the title of ‘literary translator.’ ” Siegal-Bergman had to negotiate a path through her liberties as a writer versus her responsibilities as a translator.

She recalls trying to translate a passage where one of the women is describing doing laundry; the woman’s words were “very clipped, very rhythmic. There’s a rhyme in it—almost poetic,” Siegal-Bergman says. She came up with a way to preserve the rhythm of the passage while sacrificing some of the meaning. “My editor said, ‘This is fantastic, but it’s not what it says,’ ” says Siegal-Bergman.

She went back and reread von Treuenfeld’s introduction, which states that for the interview transcriptions, “word order and word choices…have been largely kept as they were delivered.” Siegal-Bergman knew her editor was right: For this project, it was more important to be faithful to the content of the accounts.

Siegal-Bergman didn’t work closely with von Treuenfeld on the translation, but she did interview the author beforehand to make sure she did justice to the book’s original mission. Siegal-Bergman addresses her approach in her Translator’s Note at the beginning of the book:

It was important to the author that she kept the syntax or usage characteristics of each storyteller unchanged. We did our best to carry that over through the style, but did occasionally have to give way to the English audience expectations….Yet I hope the reader can imagine hearing the voices of German-speaking women in their later years, in their own accents, and give vision to their vivid depictions of unfolding events.

Part of what drew Siegal-Bergman to the book, and what von Treuenfeld’s interviews capture so well, is the individual sense of national identity and how it changed for these 16 women. As Anita Lippert, a survivor from the town of Wiesbaden in Western Germany, puts it:

Do I feel German? The country didn’t want me. I’m more American than German. The decision to come back to Germany was mostly because of my parents. I’m the sole survivor of Wiesbaden today. And I’ll never stop asking, ‘Why did you do that to us?’

Though the Holocaust was a uniquely horrific event in history, Siegal-Bergman believes Going Back remains extremely pertinent. “What I think is really important about this book today,” she says, “is that it completes a little bit more of the bigger picture about the refugee experience. That conversation is not limited to the Jewish experience.” Americans reading the news see stories about refugees every day; Siegal-Bergman hopes her readers will connect the accounts in Going Back with those of the present and recognize the common pain in the “experience of being forced to flee.”

It was for projects like this that Siegal-Bergman started her own company, a publishing house called Clevo Books. With Siegal-Bergman at the helm, Clevo specializes in works of translation, with a focus on nonfiction books and cookbooks. Before founding Clevo, Siegal-Bergman worked as a freelance translator. Though she found work, meaningful projects weren’t coming in fast enough. “What I’ve gained from [founding Clevo] is the ability to choose my own projects and not wait for them to come my way,” Siegal-Bergman says.

Siegal-Bergman enjoys translating German, in part because she finds the language more direct than English. “Americans really like to turn everything into a metaphor,” she says. Translating nonfiction, she often finds it easy to be straightforward. She admits that she’s been able to avoid some of the more difficult stylistic questions literary translators must be faced with. But those are problems she hopes to face one day. “I am looking into moving into fiction and tackling those issues in the future,” she says.

For now, she and Clevo have three books on deck: Mazel Tov! a “celebration of Jewish recipes from around the world”; a cookbook about Provence—“It will definitely use all the tomatoes in your garden,” Siegal-Bergman jokes; and Korea, the travel diary of a Korean German chef who returns to her native country. Siegal-Bergman calls it an “exploration of personal identity,” a subject near and dear to her heart, and a guiding theme for her independent press.