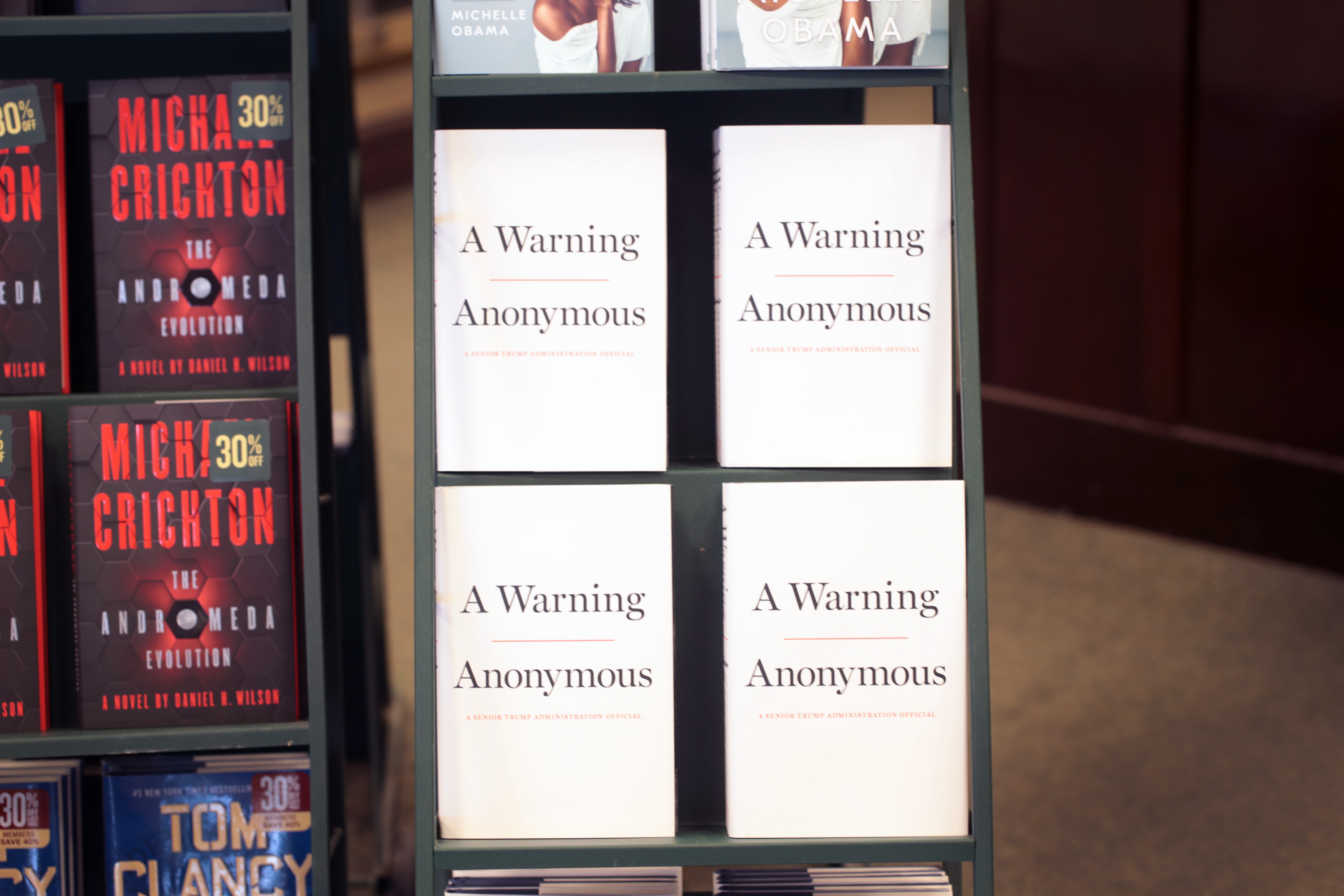 Is a former speechwriter for Jim Mattis the anonymous author of A Warning?

Political observers were obsessed with that question on Monday, after the publication of an article in the New Republic in which writer David Kusnet speculated that Guy Snodgrass, who worked for former defense secretary, might be the Trump administration official behind the bombshell book.

“Having closely read A Warning and the original op-ed, as well as Holding the Line, Snodgrass’s recent memoir of two years with Mattis, I find that my instincts tell me that the same person wrote both books,” Kusnet wrote.

Snodgrass, a Navy veteran who served in the Iraq War, worked for Mattis from 2017 to 2018. When asked Monday on Fox News whether he wrote A Warning, he was initially evasive, refusing to admit or deny that he’s the author of the book.

Later on Monday, though, Snodgrass tweeted that he didn’t write the book.

Nope, not me. Looks like David Kusnet is 1 for 2 on anonymous book authors. https://t.co/kOLirvAkrI

And on Tuesday, he repeated the denial on CNN, Mediaite reports, saying, “No, I’m not the writer.”

That doesn’t quite settle the question, however. As the New York Times reported, A Warning contains the following line: “For now, if asked, I will strenuously deny I am the author of this book, including when the president demands we each disavow it.”

On Twitter, social media users had some fun with all the speculation:

if my name was guy snodgrass i would write my book anonymously too ayooooooooo https://t.co/o39dIazBT0

you're fucking kidding me a new character this late in the season and his name is "Guy Snodgrass" what the fuck pic.twitter.com/ko20GKh2GA