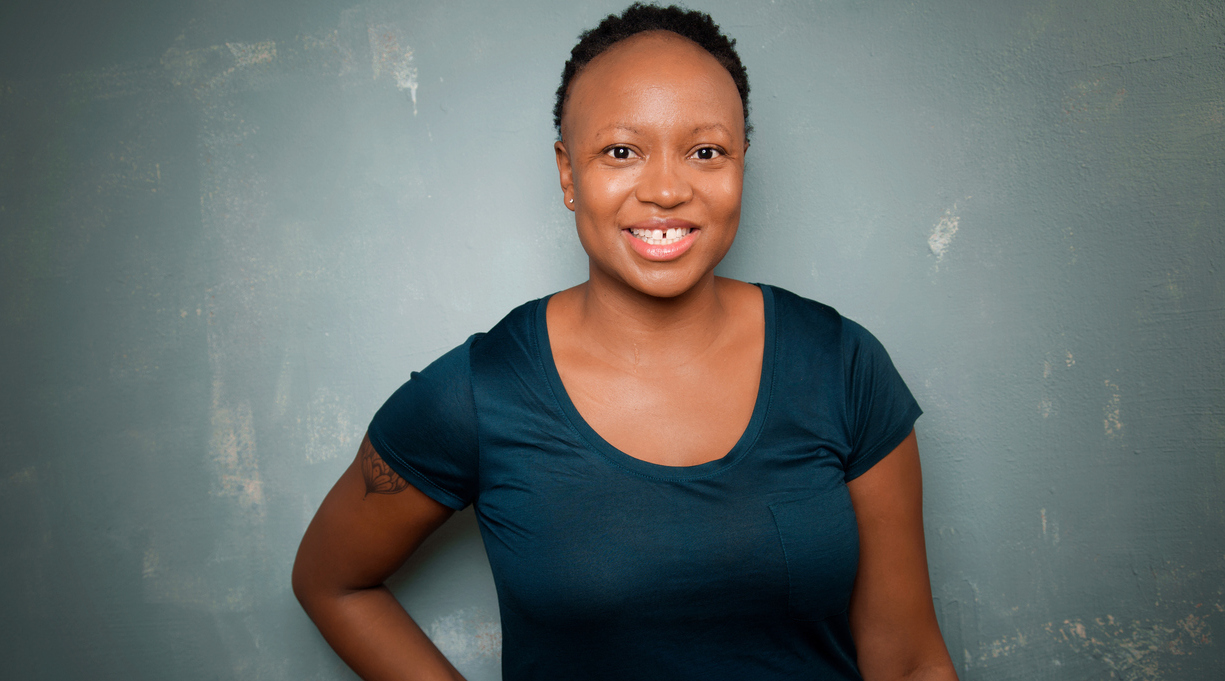 Kashana Cauley’s darkly comic debut novel, The Survivalists (Soft Skull Press, Jan. 10), opens with a meet-cute that speedily takes a dystopian turn. Aretha, who’s an accomplished lawyer but can’t afford to buy a home in Brooklyn, falls for Aaron, an attractive man running a bustling high-end coffee business out of his brownstone. She moves in even though he and his two housemates are stashing guns and preparing for some unnamed catastrophe. Fair trade?

Cauley has written comedy for The Daily Show With Trevor Noah and The Great North and maintains a hugely successful Twitter feed (@kashanacauley) filled with her sardonic takes on the news. In this interview, edited for length and clarity, Cauley spoke from her current home in LA about how guns, race, and economic precarity fed into the book’s themes and whether we as a society are obsessively prepping to defend ourselves against the wrong crises.

This book takes on a lot of social anxieties: housing, relationships, climate, race, the workplace. Was there a particular issue that prompted you to write a novel around all of that?

I grew up in a household of people who stockpiled food and guns. They were afraid that if something happened, the government wouldn’t have their backs, or that their neighbors wouldn’t. But it metastasized into this big, almost all-encompassing fear. When I was living in New York, [I read] articles about people who were doing that kind of thing in the middle of New York City. There was a West Village couple in their 20s on a block of, like, estates, stockpiling guns. These folks were also afraid of something, but I wasn’t sure what it would be. New York, to me, was such a neighborly, friendly, warm place. I wasn’t afraid of anyone. I thought people were great there. So I wanted to write something about somebody who felt alone, who felt afraid, even in the midst of a city, who didn’t really know what to do with those feelings. Who just kept going further and further down a rabbit hole.

Did you ever develop any sort of comfort level with guns yourself?

I never did. I found my parents’ guns when I was 12, and I was horrified. My sister was 6 at the time. We were just like, “Why do you have these?” I guess I’ve never recovered from that.

Coffee is central to a lot of the novel—it’s wrapped up in ideas about productivity, status, and stress. You’ve done your research on it.

In the early aughts, there was this third wave of coffee makers who were moving past Starbucks. It seemed exciting. I started talking to baristas about where they were sourcing beans. I wanted to include all of it in the book because I thought it was just such a fun, dynamic world, producing this thing that I could not live without.

There are a lot of worries, but the main ones involve Aretha’s career as a lawyer and being able to find a stable home. Were you thinking about this as a millennial issue or a bigger one?

I think it is a broader thing, more of a human thing. I do belong to a generation of people that does seem particularly preoccupied with debt. We simply do not make enough money to own a home, especially in New York. When I was there, everybody was just worried about being kicked out because of rent increases—and that kept happening to my friends and me over and over and over again. So there was this precarity. But this is happening across the country.

Aretha is a successful lawyer, but she feels increasingly less stable at her job. Was your experience as a lawyer similar?

When I practiced law, I was part of the first generation of people who were probably not going to make partner. It was pretty clear—and I went to a fancy law school and everything—that it was not going to happen. They had been extending the partner track. It was supposed to be five to eight years in our parents’ generations, eight to 11 for ours, and then it just sort of never happened. It was very cutthroat and very competitive and kind of awful. That part of it is completely autobiographical.

There’s also a racial element to this—the novel makes a distinction between White survivalism, which is tied up in entitlement and grievance, and Black survivalism, which is more about self-defense. Aretha’s Black housemate Brittany says, “No one gives a shit about Black people. All we have is ourselves.”

I was thinking about that before I started this book. I read everything I could about the Bundys [a family of White separatists at the center of a 2014 armed standoff with federal authorities over fees owed for their use of public land], which I thought was completely different from the scene I grew up in. I can’t imagine taking over federal land, stockpiling arms, and just sitting there for like six weeks until they kick you out. That doesn’t work for me; I end up dead. [In the novel] there’s one White guy in the house and for most of the book, he is much more comfortable being the physically armed one than anyone else. He doesn’t think anything’s going to happen to him. But the survivalism I grew up in was more internal—just hunkering down and protecting ourselves. It is not a showy thing. We’re not here to demonstrate that we’re tougher than you.

Without giving away the ending, the novel becomes a kind of anti-dystopian story. The real crisis isn’t the one the characters prep for. By focusing on imaginary problems, we miss the real ones.

I don’t think that hunkering down in our own little corners is going to produce the society we want. It’s not going to improve a lot of these things people are worried about. But I also think, on top of that, there’s just a natural human desire for community and connection. In the house, even though they want to be armed and they want to be separate, they want to have each other on some level. The book was trying to balance this want for connection with this desire to be safe. I think a lot of people are doing that in real life.

You’ve also done comedy and sitcom writing. How much of a difference is there between writing for television and writing a novel?

The tone is obviously very different. But one thing they have in common that I like is outlining, figuring out where you’re going with the story. I’m not really a seat-of-your-pants type. I like an Act 1, an Act 2, and an Act 3. I like knowing where I’m going to end up.