A Reader’s Guide to the Novels Behind ‘Bridgerton’ 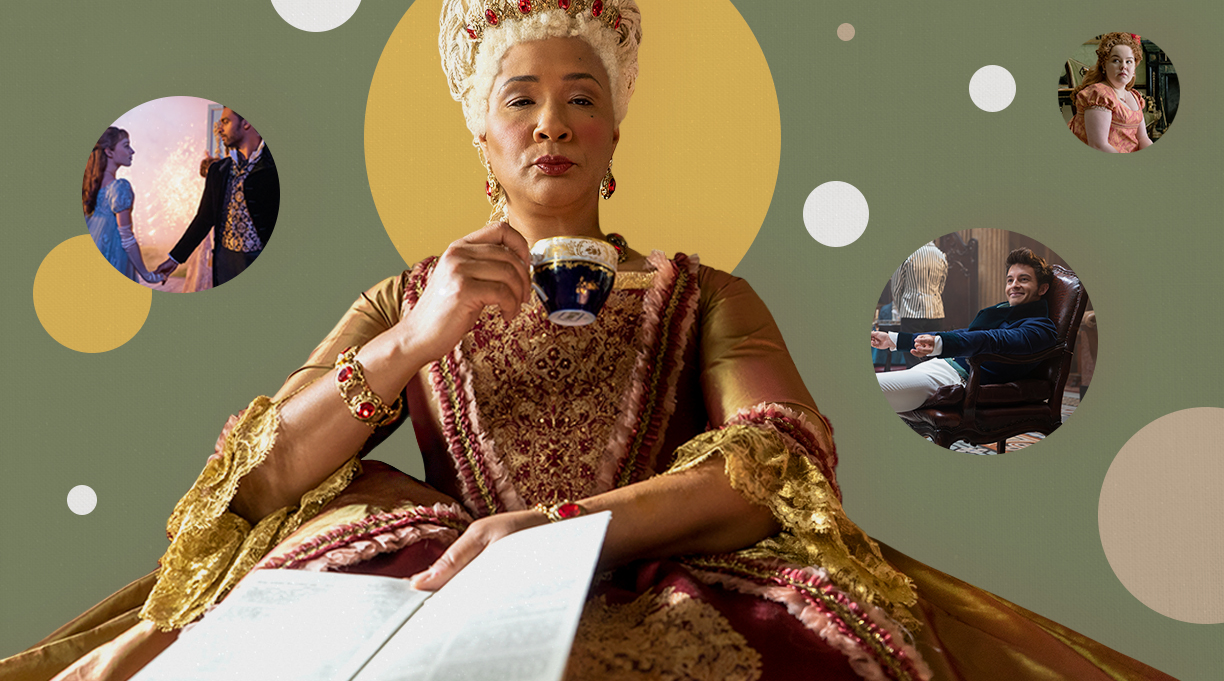 When Netflix released Bridgerton, its first scripted show produced by Shondaland, on Christmas Day, many viewers were surprised to discover it was adapted from an eight-book romance series by author Julia Quinn. The show has just been renewed for a second season, and Bridgerton’s milkshake is bringing new readers to the Romance yard. The first book of Quinn’s series, The Duke and I, is atop both the New York Times and USA Today bestseller lists, and other titles aren’t far behind.

All genres have their hallmarks. Mystery readers know that every book will have a crime, an investigation, and a solution; aficionados look to specific subgenres—such as the police procedural, cozy, or noir—to further tailor their reading experience. Similarly, the romance genre has its own set of conventions and rules. Quinn’s Bridgerton series is an exemplar for learning the structure of a romance novel and the rhythm of a series. The books are classic Regency romances, set during the brief period (1811–1820) when the Prince Regent ruled England for his mentally ill father, King George III. The eponymous Bridgerton clan has eight children named in alphabetical order: Anthony, Benedict, Colin, Daphne, Eloise, Francesca, Gregory, and Hyacinth. The family is a well-respected and well-liked part of British aristocracy, the “ton.” The glittering ballrooms of Mayfair are the backdrop to each sibling’s story of life on London’s marriage mart. There is no requirement that you read a romance series in order, so this column won’t deal with the series chronologically. It’s 2021, and we’re all about the chaos.

Just as solving a crime is the plot of every episode of Law and Order, falling in love is the plot of every romance novel. Quinn’s books generally fall into the “situational plotting” category: a change in a character’s circumstances or setting sparks a romance into being. In The Viscount Who Loved Me (2000), Anthony decides it’s time to marry and has his eye on Edwina Sheffield; her sole virtue is being “a diamond of the first water,” or the most beautiful girl of the Season. He invites Edwina and her family to the country, intending to offer for her hand, but discovers a strong, magnetic attraction to Edwina’s sister, Kate. While his mind tells him he should want Edwina, his heart wants Kate. The situation is a recipe for sharp, sparkling banter—one of the hallmarks of Quinn’s style, displayed to perfection in what is arguably the best book of the series. Is there anything more delicious than something you’ve forbidden yourself?

Romance is about feelings, and the circumstances and situation will foreshadow the emotional rocks upon which the characters, and by extension the readers, are about to wreck themselves. When He Was Wicked (2004) places Francesca in a happy marriage to John, Earl of Kilmartin. John’s first cousin Michael Stirling has been in love with Francesca since he first met her—on her wedding day to John. When John suddenly dies only a few years into their marriage, Francesca is a widow at 22 and Michael inherits the title. Francesca and Michael shouldn’t want each other, but they do. While Anthony’s situation of falling in love with the wrong person creates an energetic romance full of fireworks, the premise of Francesca’s book generates a completely different emotional experience for readers, one suffused with guilt, pining, and yearning.

Just as there’s always money in the banana stand, romance novelists will always find inspiration in classic stories and fairy tales. An Offer From a Gentleman (2001) is the story of second son Benedict. Sophie Beckett is the daughter of an Earl forced by a wicked stepmother to work as a maid. Sophie wants one night to see the world that should be hers by crashing Lady Bridgerton’s masquerade ball, intending, of course, to escape before midnight. Although Quinn includes all the hallmarks of the Cinderella story, readers will have to judge for themselves if Benedict succeeds in his role of Prince Charming.

A fundamental romance truth is that interesting secondary characters will eventually star in their own books as main characters. The novel Romancing Mister Bridgerton (2002) opens with Lady Danbury offering a thousand pounds to whoever unmasks Lady Whistledown. Viewers of Bridgerton’s first season will already know the identity of Lady Whistledown, but it isn’t revealed to readers until the fourth book in the series. Romance novelists cleverly plant the seeds for future pairings, and Penelope’s unrequited crush on Colin is well-established early in the series. For many a romance fan, Colin and Penelope’s romance was the original OTP, or “one true pairing.” Unfortunately, Colin and Penelope’s romance is overshadowed by the Whistledown reveal. Penelope’s vigorous defense of her life’s work is stirring, but it’s depressing to see her spend so much time massaging Colin’s ego about his own writing endeavors.

Every long-standing romance series reinvents itself. Lady Whistledown’s columns were the framing device for the first four books of the series, and her retirement changes the tenor of the books. Quinn continues to highlight the importance of the written word in the lives of her characters. It’s in His Kiss (2005) features Hyacinth falling in love with Lady Danbury’s grandson Gareth St. Clair as they translate his grandmother’s diary. To Sir Phillip, With Love (2003) tells the story of Eloise’s long secret correspondence with her dead cousin’s husband. To Sir Phillip might interest fans of the show looking for hints about Marina’s future. In the books, Marina is a long-dead Bridgerton cousin with a tragic past, while Bridgerton’s Marina is a Featherington cousin with an uncertain future. Perhaps Marina and Eloise’s stories might be entangled in an interesting way on future seasons of the television show, which would be a major departure from the books.

A “Happily Ever After” is the ironclad promise of every romance novel. On the Way to the Wedding

(2006) is the last novel in the original series, with youngest son Gregory realizing too late that Lucy Abernathy is the woman he wants to marry; wacky hijinks ensue. The best part of being immersed in a long series is the way readers are treated to glimpses of previous couples. Quinn herself seems to love the Bridgertons as much as her readers do, adding first and second epilogues for each story, wrapping up loose ends, and giving glimpses of happy marriages and the resulting children. Her most recent book, First Comes Scandal, is a prequel set in the late 1700s, with a brief appearance by Anthony and Benedict as toddlers. A complete series full of Happily Ever Afters is what romance readers are looking for, and Quinn delivers.

Historical romance often says more about the year it was written than it does about the year it takes place. Quinn’s series, like many decades-old romances, has elements that might be controversial for today’s readers. Every character is White, cisgender, and heterosexual. The color-conscious casting originated with Shondaland, which might surprise readers picking up the Netflix tie-in edition only to discover that Simon is a White man with “icy blue” eyes. Francesca’s hero is a literal colonizer, having spent time in India “implementing laws and policies that actually changed the lives of men.” What was once a throwaway background for a White romance hero would likely come under scrutiny from today’s readers. Moreover, the treatment of consent also dates The Duke and I (2000). In the weeks before the show’s release, romance readers speculated on social media about how the novel’s most controversial scene would be handled: Daphne sexually assaults her new husband after realizing he’s been practicing a form of rudimentary birth control without her knowledge. In the book, Daphne’s choices are appalling—she seizes the opportunity to conceive when Simon is too drunk to consent. It’s impossible to predict how new readers will respond, but for me the scene renders the entire book unreadable.

Kirkus first started reviewing romance novels in 2012, and the past decade has seen increased coverage of the genre everywhere from NPR to the New York Times. Netflix’s Bridgerton has launched a thousand think pieces and already accelerated mainstream acceptance. Yes, romance is having a moment, but it’s bittersweet for the most popular representation of our genre to be based on a series of books from two decades ago. I want more readers, more Netflix deals, and more romance coverage, but it would be nice to do more than defend who we were back then. I would love to celebrate where we are now.