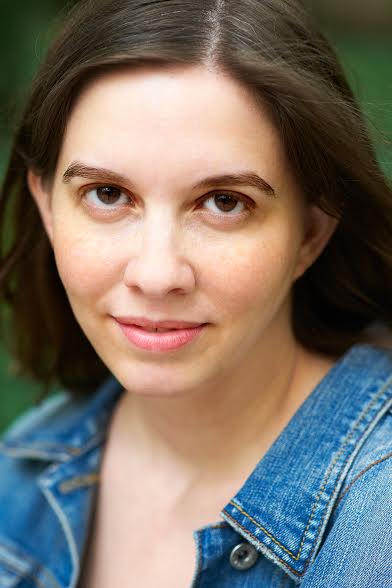 Combine nature’s plight—an endless interest for writer Abby Geni that has influenced much of her work, including her starred collection of short stories, The Last Animal—with a passion for Agatha Christie mysteries and you have the premise of her new book. The Lightkeepers is a spellbinding portrait of life on the remote Farallon Islands as seen through the eyes of Miranda, a photographer who has exiled herself there for a yearlong residency to explore the wilds of nature, of man, and of her own tumultuous past.

Geni learned of the extremely isolated and restricted archipelago off the coast of California from reading Susan Casey’s memoir, The Devil’s Teeth. Borrowing the set of this fascinatingly spooky natural reserve and what Geni calls the “perfect architecture” of an Agatha Christie plot—a small group of people stuck in a house, someone is killed, so who did it?—The Lightkeepers charters a rarely glimpsed view of humans grappling with extraordinary natural (and sometimes super-natural) phenomenon.

In The Lightkeepers,the only inhabitants of the islands are a group of six quirky biologists who are there to research the various seasons of sharks, whales, seals, and birds. These passing seasons give the novel its structure, and track the life-altering effects the islands are having on Miranda, the narrator of the book, who suffers a violent assault early in her stay. As Miranda canvasses the islands with her camera to make sense of it all, Geni zooms in with her picture-perfect prose that brings to life this desolate world. Geni writes:

“Long ago, this place had been called the Islands of the Dead. Now I could see why. Southeast Farallon was less than one square mile across. The other islets were bare, bald, and broken. There were no sandy beaches. The shores were streaked with seaweed, the peaks fragmented and craggy. The islands were arranged by height, like wedding guests in a snapshot. There was a crudeness about their contours. God might have made the world, but he seemed to have deputized his underage stepson to fashion the Farallon Islands out of some lesser brand of clay.”

Despite the harsh conditions—geographically, as well as emotionally and physically—Miranda, a loner and drifter for most of her life, falls in love with her rugged, uneasy new home. Geni, too, relished the deep immersion into this otherworldly place. After spending over 10 years thinking about the story of The Lightkeepers, almost in a dream-like haze Geni wrote the 360-page book in a year—all from the remote location of her home in Chicago.

With an affinity for researching strange specimen of far-reaching habitats, the author believes she could have easily been one of the scientists living on the islands. But Geni’s temperament leans towards writing and she applied her study to characters. “I write a lot about people who are naturalists, scientists, biologists, and I think that’s how I get to know them is by knowing what they know. So I have some knowledge because I want to be informed about what my characters would know.”

But you won’t find Geni at Farallon. “I don’t like to visit the places I write about. I want to have enough information that I feel like I know what I’m talking about, but I want to leave room for my imagination,” she explains. “I knew the land and I had a map and I had a pretty good sense of the animals there and what they are like, but a lot of the things I had to create out of my own mind and that’s such a wonderful process. That’s the essence of writing—creating something out of nothing.”

Bridgette Bates is a writer and editor in Los Angeles. Her first book, What Is Not Missing Is Light, won Rescue Press’ Black Box Poetry Prize.