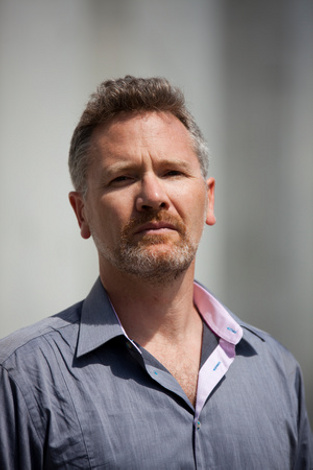 Just as genetic maladies can skip a generation, so the worst effects of political and economic diseases can skip an election cycle. By the time the presidential election of 2008 rolled around, notes historian Adam Tooze, it was clear that economic malaise was upon the world and that strange and hard times were going to be the result. “We knew that in Europe,” he tells Kirkus, “for many reasons, one the nomination of Sarah Palin to be John McCain’s running mate. We didn’t see it as a joke. We saw it as a scandal, and even though McCain was able to tamp down most of the worst of his base, it signaled a change.”

Mitt Romney was able to do the same in 2012. But then—well, read Tooze’s new 700-page-book Crashed: How a Decade of Financial Crises Changed the World, and it’s clear that the election of Donald Trump can be seen at least in some measure as a holdover effect of the worldwide financial collapse of 2008, when it became evident to many that the old institutions of government were incapable of managing crises, not just in the United States but also in places like Greece and Britain.

A decade later, the old assumptions shredded, we have a far-right government in place, the moderate wing of the ruling party having been swept aside and international financial agreements being torn up with each passing day. Across the water, the same holds, threatening to destroy the uneasy European alliance. At the gates wait Russia and China, waiting to reshape the world order—all very much like 1914, Crashed suggests in passing, allowing for changes in the identities of the key players.

Tooze, who teaches at Columbia University, has long made his homes in the United States, Britain, and Germany, and his inquiries are international in scope, taking a long view of the current clashes between globalists and protectionists around the world. His book follows studies of the economy of the Third Reich, The Wages of Destruction (2007), and of the Depression era, The Deluge (2014), the last of which was a finalist for the Kirkus Prize in nonfiction.

Tooze began working on Crashed in the midst of the 2008 crisis itself. It took a full decade both to gather the material and to write his long study—a decade in which great political changes swept across the globe in the wake of those economic ones, leaving the post-crisis world very different from the one that existed before 2008, and certainly more uncertain, more insular, and more frightened.

Part of his approach to history, Tooze says, is making a kind of bet on what’s going to happen next—putting himself into the minds of people who were alive in whatever time he is writing about and into their guesses about what the near future would hold for them. When writing about the economics of the Third Reich, one of his areas, he has some of the distance in time that historians prize, allowing him to work in proven archives as well as to talk with survivors who had had decades to think about what had happened.

His new book, though, presses him into journalism as much as history, and given that events are still unfolding, that desired distance doesn’t exist. Later historians will round out the picture, but what seems to be certain, by Tooze’s account, is that, given Trump-era America’s “self-inflicted decline of political authority” vis-à-vis the rest of the world, power is up for grabs—and when that happens, war, among other unpleasant consequences, is all too often the result.

“Historians are professionals about the past but amateurs about the present,” says Tooze. “To study the present, I went back to school, in a way, by way of Twitter and financial people whose job it is to think very seriously about what is happening—and then what’s going to happen next. There are tens of thousands of those people out there, all very smart, and they have a big stake in the matter. Billions of dollars ride on their views.”

And do those tens of thousands of people agree on what’s likely to happen next? No, for it turns out that historians aren’t the only ones who are amateurs about the present, even with all that money at stake. Having a sense of what has happened to get us here, to what Adam Tooze calls the “first crisis of a global age,” may help us think about events more clearly—or at least to sift through the ashes more knowingly.