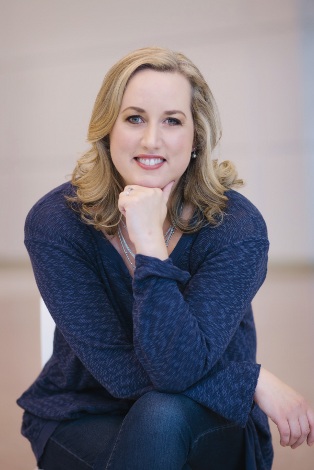 What makes us human? What makes you, you and me, me? How far can you push these boundaries before they dissolve? And what happens then? “It’s kind of the Jurassic Park question,” Adrianne Finlay says. “Should we play God? And what are the dangers in doing that?”

These are just a few of the questions raised by Finlay’s thoughtful debut young adult novel, Your One and Only. The novel is set 300 years after humanity was wiped out by a slow-moving plague and scientists managed to save a few bits of human society, shepherded by a small group of clones.

However, in the intervening years, the clones have discarded most human traditions and replaced them with their own system of rituals and rules. Every 10 years, a new batch of 90 clones is born, with 10 of each of the nine models. The groups of 10 siblings are essentially indistinguishable from each other, sharing the same face, name, and experiences. They’re even able to share feelings through a process they call communing. There are still rituals around human milestones like completing school and having sex, but they’re purely performative. Even though this new society feels foreign, “it’s not exactly a dystopian world,” Finlay says. “It’s calm; it’s peaceful. They’re not suffering from things like inequality, like sexism, like racism.”

That’s not to say it’s perfect or someplace you would want to live. Finlay compares the clones’ community to the Garden of Eden. “The Garden of Eden is a place where everything is nice and safe and beautiful but what is lost in that world?” she asks. “What can we find when we’re more challenged?” That challenge comes when the clones create a boy named Jack, the single Homo sapiens in a town full of Homo factus (Made Man). Though Jack is technically a clone of a 21st-century boy, there is only one of him, and he fills his days with activities the others find baffling, like reading novels and playing the guitar.

Those interests point to the fundamental difference between the clones and Jack: they lack a human imagination and, with it, the capacity to appreciate art. “It’s that thing that is uniquely human, the creation of art,” Finlay says. More troubling is that the clones’ lack of imagination also renders them incapable of empathy: they can literally feel each other’s pain, so why would they need to imagine it?

As such, the clones are confused and disturbed by Jack, who lacks the ability to commune. They’re quick to blame issues on him despite indications of more systemic problems. He grows up isolated from the clone community but desperately wanting to fit into it, until he forms a bond with one of the Altheas. Such a relationship between individuals is unheard of in their society and causes both of them to question what they’ve been taught to believe.

To Finlay, raising these questions is exactly the point of young adult fiction. “These books are offering space to challenge and also subvert these really long-standing cultural belief systems and long-standing cultural norms that through childhood we’ve always been told are true,” she says. They offer teens a chance to push past what they’ve been told and imagine how the world could be better, how they might make it better.