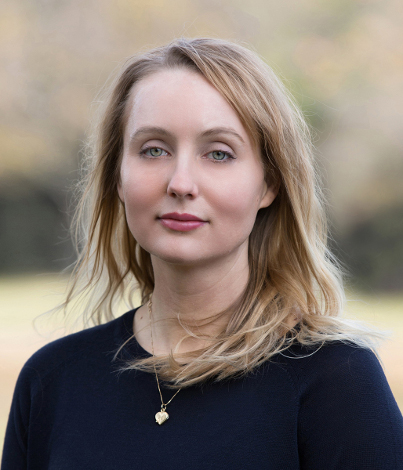 Upon first impression, Affinity Konar seems an unlikely candidate to tackle any piece of historical fiction, let alone a novel about the Holocaust. “I didn’t come from a historical fiction viewpoint,” she tells me, and in fact envied the confidence of friends who chose to write that way. Furthermore, another novel about one of the most studied tragedies of the twentieth century? “Why would [anyone] need it from me? That question stalled me for years.” To avoid psyching herself out, Konar avoided certain big World War II and Holocaust novels of recent years, like All the Light We Cannot See and The Book of Aron, not reading them until after her own work of historical fiction, Mischling, was completed.

For Konar, the entry point into this novel—finally—was voice and language. Hence her two narrators, twin sisters named Pearl and Sasha, stuck in the nightmare of Auschwitz and Josef Mengele’s Zoo, a place where the infamous Nazi doctor performed grotesque human experiments. “I didn’t want to obscure torment,” Konar tells me, “but I wanted to show how someone would obscure torment in order to survive it.” From there, the book became a story of “masking and then unmasking” as the girls try to navigate the horrors.

The plot of Mischling involves the horrors of Mengele’s Zoo, the separation of the twins, and an eventual journey across Poland. But this is one of those novels where the point of view and language seem paramount: it’s one of the most “interior” novels about tragedy I’ve ever read. And a reader can feel clearly Konar’s love for her characters. “They became a way to, I don’t know…” she pauses. “It sounds intimate, but I definitely felt like a better person when I was writing about them. They’re brave, where I’m not brave. [They’re] able to sort things out with certain perspectives, able to imagine forgiving people, able to imagine moving on with life after trauma.” For her, writing about them was a way of writing about who she herself wanted to be.

Obviously the opposite is true when writing about Mengele. He’s not the novel’s central character, but he casts quite a shadow. The real Mengele was good looking, charming, and often showed great sensitivity and love for children, particularly twins—even as he was preparing to do unspeakable things to them. “The surreality of Mengele was a problem,” Konar says, and some of what he did was beyond belief. “There were so many real experiments I chose not to include in the book because they almost felt like a violation. If survivors themselves won’t speak of these things, I won’t either.”

But Konar, a fan of antiheroes in shows like Breaking Bad and Mr. Robot, had to sometimes watch her presentation of Mengele. “There’s so much entertainment value in people who tempt you to treat them like a moral puzzle. Everyone will agree he was evil, but they also want to know how he was able to seem to love children.” Konar, therefore, kept coming back to a simple truth: “he didn’t see any of [the children] as human.” Mischling becomes, then, a very moral treatment of an immoral character, mostly because it calls out his total immorality. Or, as Konar says, “his actions speak for him.”

Does all of this sound grim? Of course it is. But then, Konar herself is gregarious—shy, yes, and soft-spoken, but with a great deal of laughter and friendliness over the phone. For this book, her second (after a previous novel called The Illustrated Version of Things), she made a leap from an indie publisher, Fiction Collective Two, to Hachette, one of the biggest publishers there is. When I ask her about it—what it’s like to suddenly see her own book everywhere—she laughs. “I have the box [of books] downstairs. I haven’t opened it yet!”

See, Mischling was the first book she ever wrote, but publishing a smaller book first helped her navigate this one. Her first book also contained plenty of dark material, but it was also a book about language—something she had trouble nailing down in early drafts of Mischling. Working on her first published novel was about “finding my way toward precision….It’s still full of opaque sentences, but it was one of my first stepping stones in trying to figure out how to take what I love from language and decide I’m going to tell a story.”

And so the sheer beauty of the language in Mischling is one of the things that makes the book unlike most other Holocaust novels and helps to create a great deal of tension—tension, by the way, that lurks in the title itself. It’s a lovely sounding word that means a terrible thing: the Nazi legal term to denote a person of mixed Jewish and Aryan heritage. She considered other titles—Twins, for instance, was a suggestion from somebody (“Isn’t there a Danny DeVito movie called that?”)—but finally, Mischling was her preference, even if it scares her, giving the book such a foreign, ugly title. But then again, she tells me, “I think that’s why we love language—the mysterious pull of a word.”

Benjamin Rybeck is the author of a novel, The Sadness. He lives in Houston, where he’s the marketing director at Brazos Bookstore.