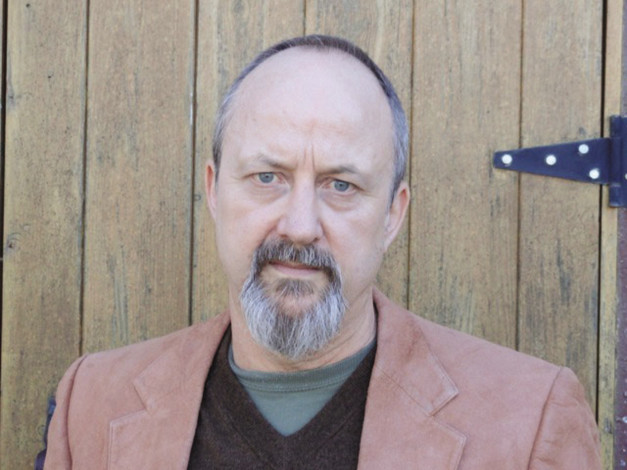 Daniel Woodrell’s new novel The Maid’s Version draws on a devastating event in the history of his small Ozarks town: the unexplained explosion of its dance hall one night in the late 1920s, which killed over 40 people. “They felt that the cream of a certain generation got swept off the top there,” Woodrell says. “In a small town like this, a mass death like that is unbelievable.” The novel places the event in the fictional town of West Table, Missouri, and explores how survivors struggle to comprehend the event, how the story trickles down the generations, and what reckless human forces might have lit the fuse.

The novel is the most personal yet for Woodrell, the author of eight previous novels, including the acclaimed Tomato Red and Winter’s Bone. Its first-person narrator, Alek, displays a curiosity about the explosion that mirrors the author’s own. “I grew up hearing about it,” Woodrell says. The stories were benign at first, he recalls, “until I reached a certain age and began to get whispers of a possible explanations that didn’t tend to the accidental.”

But this is no detective novel. “I didn’t intend for it to have clues and a mystery solution,” explains Woodrell. “It was just meant to be a novel that sort of exploded from this event.” The metaphor of explosion is an apt one for the structure of the novel, which is assembled from fragments of memory, some real and some imagined. One particularly haunting vignette of a young girl’s eager preparations began as a true story: “It was her first dance—other than that I don’t know anything about her,” says Woodrell. “A couple things like that lodged in my imagination.”

The eponymous maid, Alek’s grandmother Alma DeGeer Dunahew, is a proud, frightening figure to her grandson, who is mesmerized and horrified in the book’s opening scene by the sight of her evening hair-brushing ritual: “Her hair was as long as her story and she couldn’t walk when her hair was not woven into dense braids and pinned around and atop her head.” Alma nurtures her own “version” of what happened at the dance, a story that begins with the adulterous liaison between her wealthy employer, Arthur Glencross, and her wild sister Ruby, who is killed in the blast. Alma, like Woodrell’s own grandmother, is illiterate, so her story goes unrecorded except as an endlessly circulating whisper.

Alma speaks in a distinctive voice that belongs to the past, with its formal “Mr.” and “Mrs.” and its Biblical cadences. Alek’s narrative also has its peculiar rhythm: “Alma did that summer make certain that I knew this spot and that these pictures would be planted in my head, grow epic, never leave.” According to Woodrell, the narrator’s voice is close to his own: “Even though I picked at it for months and months, it seemed to come out in a voice that I recognized—more than some of my other books where I have to remind myself who’s telling it.”

Also like Woodrell’s previous novels, the story is deeply rooted in place, here driven by the prejudices and hierarchies of a small rural town. “The first easily made mistake was to make one class the clear ogres and one the utter victims,” he says. “It took a little time for me to recognize that nobody was trying to be an ogre here. Couple bad ideas, maybe.” The character of Arthur, Ruby’s spurned and bitter lover, lies somewhere between sympathetic and pathetic, despite the power that he carelessly wields. He and his world are something of a departure for the novelist. “Most of my previous books had mostly been focused on really impoverished people,” he says. “I wanted to stretch my arms a little wider and look around me a little more.”

Historically too, small-town living has meant that people of different economic classes frequently cross paths. Although Woodrell notes that this closeness is disappearing in his town—“now they’re beginning to build exclusive neighborhoods on the edge of town”—for generations it me

ant a certain visibility and recognition for rich and poor alike. “In a pinch you’d go over like a neighbor if something required it.” And although this is fundamentally a small-town story, the universal repercussions of disaster mean it’s not as deeply rooted in the Ozarks region as Woodrell’s other books. “I think any small town might have a similar reaction to it.”

The way that people understand such a disaster—as crime or as cosmic accident—has the power to shape their lives. Woodrell recognizes that in real life,  it is harder to live in the shadow of a monstrous, unsolved crime. “I think that over time people really needed to think it was just a colossal accident,” he says. “Most people just wanted to come to that conclusion and leave it at that.” A writer’s curiosity is less easily satisfied, however. “I had a relative by marriage who was on the Citizens’ Commission,” Woodrell says, “and when he was very old, he said ‘It was no accident, that’s all I’m going to tell you.’ That’s worse than no answer!”

The novel finds one solution in the universal forces of love, betrayal, and obsession—yet the power of the book comes from its unflinching specificity. “As Raymond Chandler said, nobody cares about the guy who dies at his desk—what they care about is that his fingers are kind of grasping the paperclip that he just couldn’t pick up anymore,” explains Woodrell. In the same way, Alek and the reader are driven to care about the people who died, and the world that was lost, through details like the excitement of 15-year-old Miss Dimple Powell, and her father “who had gotten accustomed to hearing the expectant sliding of waltzing feet from the floor above as he read the evening paper.”

Joanna Scutts is a writer living in New York.