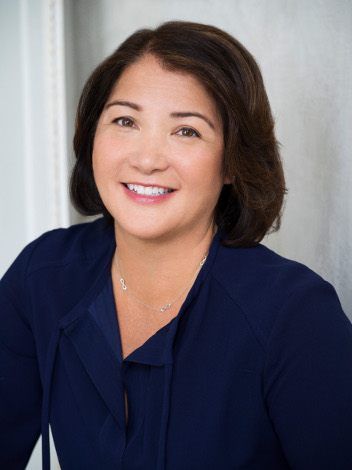 Alafair Burke likes complicated women narrators. But even this veteran author of 13 crime novels, plus five co-authored with Mary Higgins Clark, can never predict whom readers will find “likable” or “unlikable.”

Burke’s last novel, The Wife, followed Angela Powell, whose husband is publicly accused of sexual harassment—and worse. For many readers, Powell was too complicated, or too complicit, to like, says Burke.

As readers respond to Burke’s latest novel, The Better Sister, they’re once again divided—this time between perfectionist Chloe Taylor, editor-in-chief of an influential women’s magazine, and her sister Nikki, a blunt but honest Etsy jewellery designer with a troubled past.

Likable or not, strong-willed characters give Burke the best ideas for crime novels. “For me, the best plots come from character so that the plot doesn’t exist in a vacuum and the character traits aren’t completely happenstance,” she explains. “The plot twists come from the fact that these people are who they are.”

The Better Sister has twists aplenty, including the secrets that have built up between the two estranged sisters over a lifetime. “You play a role within your family from a young age, and with adult siblings there’s this pattern that happens where people fall into those roles even if they’ve grown to become very different people in their own lives,” says Burke of Chloe and Nikki’s shared past. “There can be resentment that builds between siblings or a fine line between loyalty and rivalry.”

That fine line is what makes for such good conflict. The Better Sister centers on Chloe, whose #MeToo profiles of working-class women win her as many professional accolades as they do online trolls. When Chloe’s husband, Adam, is murdered at their summer home in the Hamptons, however, she’s forced to consider the online threats inherent to her job alongside her disintegrating marriage.

“This book has a lot to do with feminism and the price that Chloe pays to be a public feminist,” says Burke. “We’ve seen what happens to opinionated women on social media platforms, and it can be terrifying. We can say it’s all words, and we can say it’s just weirdos in their basements trolling people, but when [Chloe] finds her husband dead, it’s only natural that she wonders if maybe it’s somehow connected to those threats.”

Things heat up when police arrest Ethan, Chloe’s stepson, for the murder of his father. As the former deputy district attorney for Portland, Oregon, Burke prosecuted her fair share of domestic violence cases before she turned to writing professionally. Now, in novels like The Better Sister, she wants to show readers how complicated the justice system can be for families to navigate.

“The criminal justice system is not a very nuanced system,” explains Burke. “On the one hand, it’s there to help you, but, on the other hand, when you’re talking about family members, it can be much more complicated.”

As a chronic rule-follower, Chloe is caught between wanting to help the detectives solve her husband’s murder and protecting her family’s interests. The result is almost disastrous for Chloe and her family, especially as more than one member comes under suspicion for Adam’s murder.

“In all three of my last books, I’ve been trying to explore the gendered nature of threats and violence in our culture without necessarily hitting people over the head with it,” Burke says. “You can still read it on the beach—but maybe it will get people to see that things aren’t always the same for women as they are for men.”

Kristen Evans reviews fiction for Kirkus and writes about culture for BuzzFeed, the Los Angeles Times, the New Republic, NYLON, and elsewhere.