Fiction, for Amor Towles, Is an Open Road 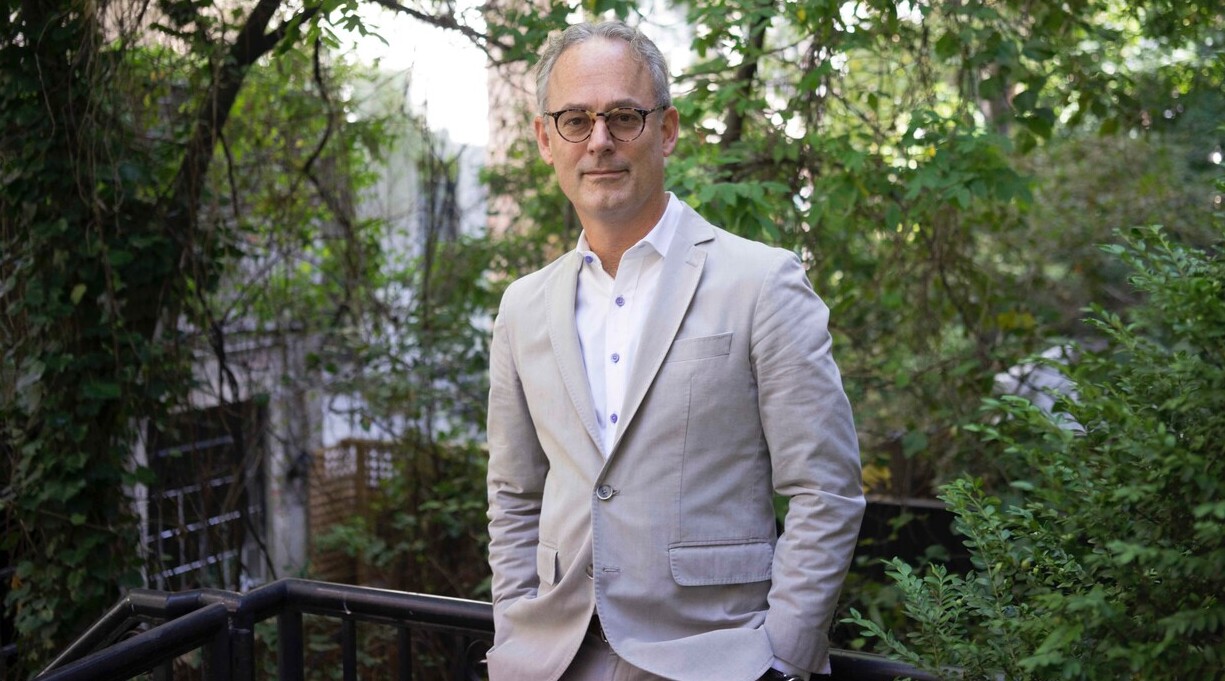 Amor Towles has enjoyed the kind of success that most writers can only dream of. His debut novel, Rules of Civility (2011), enjoyed positive reviews and was longlisted for the Dublin Literary Award. His second novel, A Gentleman in Moscow (2016) vaulted to another level entirely; it has sold 3 million copies in all formats, spent 59 weeks on the New York Times hardcover bestseller list, and was named a finalist for the Kirkus Prize. Now Towles returns with The Lincoln Highway (Viking, Oct. 5), a novel that is eagerly anticipated and sure to find a ready audience. (It has already been selected by Jenna Bush Hager for the Today show book club.) Set in 1950s America, it’s the story of 18-year-old Emmett Watson, recently released from a work farm after being convicted of involuntary manslaughter. Emmett returns home to an 8-year-old brother, Billy, and a Nebraska farm in foreclosure after their father’s death. When two escapees from the juvenile facility, Duchess and Woolly, turn up unannounced, the boys, along with their neighbor Sally, find themselves on an adventure-filled cross-country journey to seek their fortunes. Towles spoke with us from his home in Manhattan via Zoom; our conversation has been edited for length and clarity.

You’ve published three novels now, each set in a very different historical time and place. How do you decide on the settings for your novels?

Usually, a conceit, a premise, presents itself. With Rules of Civility, it was: A woman walks into the opening of the Walker Evans show at MoMA and recognizes a guy in the pictures. [With A Gentleman in Moscow,] I walked into a hotel in Geneva and thought, wouldn’t it be amazing if you had to spend your whole life in a hotel? With The Lincoln Highway, I had this notion of a teenager going home from a juvenile facility or some kind of work farm, the warden dropping him off at home, and it turns out that there were two kids from the facility who had hidden in the trunk of the warden’s car. That was it. Now in each of these cases, for whatever reason, the notion grabs me enough that I write it down, and I start dwelling on it. I have many of these ideas—certainly more than 100—and, over the course of my life, I have spent time imagining the fulfillment of those premises.

What kind of research do you need to do to make a premise like this one work?

I’m not a research guy. I don’t pick a topic, research it, and write a book. What I do is pick a topic that I feel very comfortable writing about because I have some affinity or deep knowledge—of New York in the ’30s, or Russia in the Soviet era, or America in the ’50s. I have some connection to it that makes me confident I can explore and imagine that arena without the benefit of research. I’m very skeptical about how research will affect my work. I think that applied research toward a project can often feel that way to the reader—it feels like a researched book. You’re trying to make a novel, a living thing. I really do want my imagination to have free rein and to imagine the characters, the spaces, the events as fully as possible. At the end, when I finish a book, I’ll often do some applied research then, because then I have a sense of what I want to know better. This is a gap I want to fill in, or I’m going to double-check something.

Part of the problem with historical fiction in the modern era is that people are constantly hunting things down and saying, “That wouldn’t have happened on that day in that place.” Some of that’s good, and some of it’s annoying. In this book, I went out of my way to strip it. There’s very little in it that is landmarked. There’s a Howard Johnson’s, there’s a nuclear test, the radio gets played a bit. I wanted the reader to come into this world and join these kids and see the world as they would.

A lot of the period came to me through the wonderfully distinctive voices of the characters—Emmett, Sally, Duchess, Woolly, and the others.

The book was originally designed to go back and forth between Emmett and Duchess the entire time, Emmett in third-person and Duchess in first-person. Emmett is this stoic, practical, no-nonsense, forward-moving figure; I wanted his tone to be spare and not very flowery. It was natural to imagine Duchess as [having] a complementing tone—someone who likes exaggeration, likes to tell a diverting story and go on at length about crazy people he’s met and draw big assumptions. It also made sense in terms of the Midwest versus New York City.I wanted Duchess to reflect a particular strand of New York City psychology that he brings into the book in a very vivid way.

By the time I got to drafting out the events on the train, I could hear Pastor John and Ulysses so strongly, the two of them, that I ended up writing the Pastor John part from the pastor’s perspective and Ulysses’ part from his perspective. Then I thought, I know exactly what Sally sounds like, and we should hear from her. And I know exactly what Woolly sounds like, and he deserves a bigger part in the story. I actually went back at that point and rewrote the earlier chapters so that [those characters] could play a bigger part in the voicing of the remainder of the story. At this point, I can’t imagine this book being from the perspectives of only Duchess and Emmett. There’s no question in my mind, it would be a far less interesting book to both write and read.

Was the experience of writing this book different after the remarkable success of A Gentleman in Moscow? What changed for you as a writer?

It didn’t change much, but I’m 56. I have two teenage kids, and I’ve had a 20-year career separate from this. My wife and I are going to celebrate our 25th anniversary. The success of A Gentleman in Moscow matters a lot to me, and I’m so happy that readers have been drawn to the book and enjoyed it and passed it on. But within the scope of my life, it’s to some degree dwarfed by all these other things, right? Let’s put it this way: Those things keep it in perspective. Teenagers keep everything in perspective. What the success of A Gentleman in Moscow really gives to me, as an artist, is the reinforcement that yes, these mundane, daily aspects of craft—of discipline, of instinct, of labor—they work. Maybe they’re not always working at the same level, you know, and I’m going to write about something else that doesn’t grab the attention of as many people or make them as happy or whatever. But I have confidence that I can write another book—and that’s a lot.

Correction: An earlier version of this story had an incorrect sales figure for A Gentleman in Moscow.