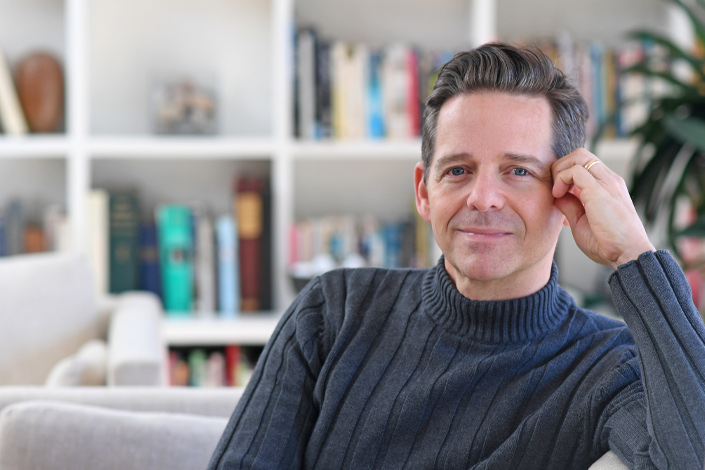 The 18th-century French philosopher, critic, and scholar Denis Diderot (1713-1784) struggled with a problem all intellectual pioneers face: How do you get your ideas heard and understood when people find them wrong, even offensive?

Diderot could be comfortable, even arrogant, about sharing his thoughts with the world: He spearheaded a massive encyclopedia project that reimagined the form, and served as an intellectual sparring partner with fellow philosophers and heads of state. But he also kept himself in check: After being thrown in jail for three months in 1749 for his atheistic writings, he coded the most provocative ideas in his Encyclopédie, and kept much of his writing unpublished till his death, leaving future scholars to puzzle over his private musings on slavery, incest, and other touchy subjects.

In his new biography, Diderot and the Art of Thinking Freely, Andrew S. Curran clearly relishes investigating his subject’s contradictions. A lively, informed, often witty book, it explores Diderot’s personal history, from his disenchantment with religion, to his hustling to produce the Encyclopédie,to his complicated friendships with philosopher Jean-Jacques Rousseau and Russian ruler Catherine the Great. But a standard-issue biography didn’t quite work for Curran, who split the book into roughly two halves, one emphasizing Diderot’s life, the other his ideas.

“He’s a tough one,” says Curran, a professor of humanities at Wesleyan University. “He had all these great adventures early on—he's thrown into jail and then he does his encyclopedia. But then he realizes that in order to speak to posterity, he's going to spend 25 years up in his office. He wakes up in the morning and he studies Chinese music, then he studies painting, then he writes a play, and then writes a bunch of letters to people across Europe and his lover. It can be very hard to keep up with somebody who’s doing so many things.”

Curran, who’s written two previous books on the French Enlightenment, was moved to consider Diderot directly in 2013, on the occasion of his 300th birthday. He wrote an op-ed piece for the New York Times that year, arguing that Diderot’s instinct to challenge orthodoxies made him a very American kind of thinker. The piece drew an enthusiastic response that encouraged him to pursue the book, which he saw as an opportunity to reframe how Diderot was thought about both in the academy and by the public.

“He's not taught by philosophy departments,” he says. “He’s not taught in political science or government departments. He's taught in literature departments. The task for me was to actually figure out who this guy was and what his significance was in all of these different areas.”

For instance, Diderot’s conception of his Encyclopédie, which was rich in cross-references, anticipated the structure of the world wide web. “He was a hyperlinking kind of person in his own brain—everything’s bouncing around all the time,” he says. “And certainly in his encyclopedia he used cross-references to change the way that knowledge functioned.” The most famous example of that is the entry for “Cannibals,” which directed readers to entries relating to communion—a swipe at what he believed to be the superstition of transubstantiation.

But Diderot’s toughest material—and often the most valuable, Curran argues—wasn’t just slyly coded but obscured. Unpublished works like The Nun and Rameau’s Nephew assailed violence in the name of religion and questioned the nature of and need for moral codes in society.

Diderot could have used a pseudonym, of course, and Curran finds the fact that he didn’t both frustrating and fascinating. “I often wonder why he didn't,” he says. “I think that maybe it was because his best writing was somewhat autobiographical. They're anchored in contemporary Left Bank society and his style was so identifiable. His most expansive and interesting writing is so personable and you can almost identify it by the syntax. But I would love to ask him that question myself.”