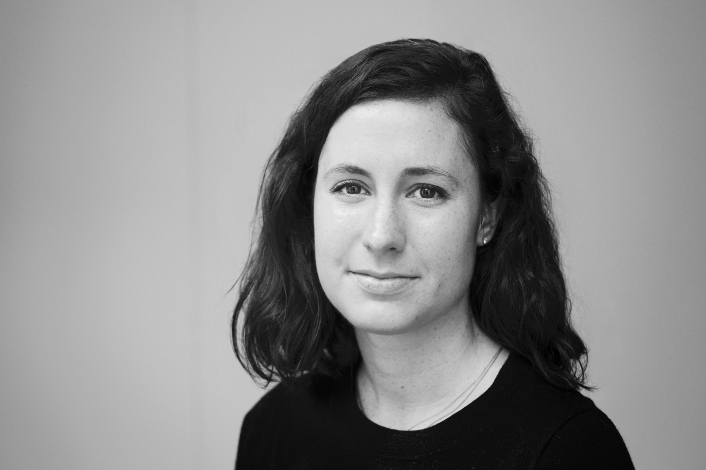 There are a few things we can agree on as a culture. For example, murder: it’s bad. “But do we all agree on the corrosive effects of ambition?” Anna Pitoniak asks. “I’m not sure that we do.” It’s an American virtue, to never let anything stand in the way of your own success. But that kind of drive comes at a cost. Sometimes, there are casualties.

“I always knew there was going to be a death or a murder in this book,” Pitoniak tells me, cheerfully, sounding very un-murder-like. “From the get-go, I had books like The Talented Mr. Ripley in mind—you have these two characters in tension with each other, and there’s jealously mixed in with admiration and love.” Those were the guiding forces: a deep but complicated relationship, and the specter of death.

In Necessary People, the characters in tension are a pair of college best friends, now roommates in New York City. Stella is beautiful and rich, careless and charismatic—a natural star. Violet, a hardworking kid from Florida, has, until now, been content to bask in her glow.

But she’s savvier than she seems. “I didn’t just want the friendship of this dazzling girl,” Violet reflects. “I wanted the world that had made her so dazzling in the first place.” And she’s determined to get it: If you work hard enough, you can have anything, she’s been taught, and Violet, who’s forging a career in TV news, is both talented and ruthless. There’s just one obstacle: Stella, who, after a lifetime of flitting, has newfound ambitions of her own.

The first “little glimmer of an idea” for the novel, Pitoniak says, came to her after a book party she attended for a TV personality while a senior editor at Random House. “There were maybe 20 people in this room, and they were almost all TV people,” she recalls, which got her thinking about the weird intimacy of TV, the way it feels like you know your newscasters—like you’re friends, even—but you don’t at all. You only see the public part. But the people who work behind the scenes see “both sides of the person, the off-camera and the on-camera.” She began to imagine a pair of characters, young women, who were “colleagues and also friends and also rivals.”

“I thought, Huh, maybe this is something?” But she was still finishing up her first novel (The Futures, 2017), and also working full-time at Random House, and so it wasn’t until The Futures was officially out that she started on Necessary People in earnest, waking up early to work on her own novel, and then going to the office to work on other people’s books.

“I don’t think I would have become a writer were it not for working as an editor,” she says. As an editor, “You’re just sort of taking apart a book and putting it back together, over and over again, so you really start to understand how it works.” Eventually, she built up the confidence to try it herself. “I remember when I sat down and started writing The Futures, I just opened up a word document. I felt so self-conscious and a little audacious,” she says. “I was writing a book? What is this? This is crazy!”

Editing novels may have made her a novelist, but there are some things no amount of editing experience can prepare you for. For example, the experience of being edited. “Especially on the first book, I thought, Oh, I’m going to be so good at being edited!” she laughs. “But I went through the exact cycle of emotions as everybody else.”