Aravind Adiga Moves His Fiction Down Under 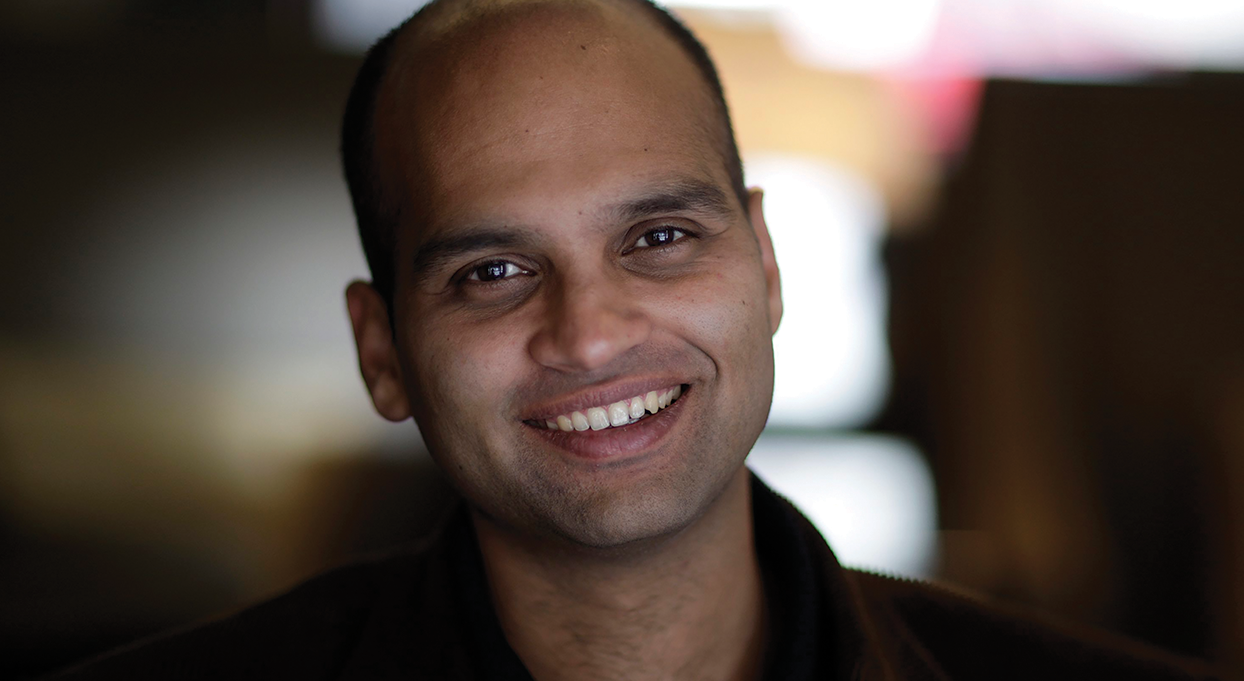 The novelist Aravind Adiga is usually thought of as an Indian writer. His provocative debut, The White Tiger—which won the Man Booker Prize in 2008—explored corruption in Bangalore, and his fiction since then has put a spotlight on his home country’s slums and underbellies. But Adiga also spent much of his adolescence in Australia, the setting for his new novel, Amnesty (Scribner, Feb. 18). Speaking from his home near Sydney during the January bush fires, he can feel the connection in the air.

“When I was writing the novel, I described a day when there were bush fires and the smell of combustion and smoke in Sydney,” he says. “But what has happened in the last few days has been a thousand times worse. One principal difference [between India and Australia] for me has always been that the moment you arrive in Australia you can feel the clean air. But now, ironically, the air quality is much worse.”

Amnesty, Adiga’s first novel set outside India, is concerned with the relationship between south Asia and Australia, two regions that are rapidly transforming one another. The novel’s central figure is a young Sri Lankan named Dhananjaya Rajaratnam, aka Danny, who moved to Sydney to attend a college that proved to be a useless degree mill. Living in hiding on an expired visa, he works multiple cleaning jobs, which puts him in position to witness a murder. But he fears that informing the authorities will make him subject to Australia’s strict deportation laws. “If I tell the Law about [the murderer], I also tell the Law about myself,” Danny calculates.

In Adiga’s hands, Danny is a symbol of the large influx of south Asian immigrants who’ve similarly found themselves in menial service jobs after immigrating to attend sham colleges. (One report found that 65,000 students from Nepal in one year alone attended Australian vocational schools, often indebting themselves to exploitative education brokers.) The “provocation” for the novel, as Adiga puts it, came from a moment where the problem hit home.

“I like to write in pubs, which are often empty during the day,” he says. “And I noticed a few years ago that people began yelling at me. There’d be more than one case where I’d be sitting with my laptop—I’m in my mid 40s, I hardly look like somebody who’d be working there—and an Australian woman would come in and yell, ‘Why didn’t you help me with my bag? Why didn’t you open the door for me?’ I realized that everyone working in restaurants and pubs was now south Asian. They could look like me. This was not true 10 or 15 years ago.”

Research on how south Asian immigrants have been affected by this shift could be as simple as standing still in public, Adiga says. “All you have to do in Sydney is be an Indian-looking man,” he says. “In a matter of minutes, in a place like a train station, someone will come up to you and say, ‘I’ve overstayed my visa, do you know anyone that can help me?’ That’s a common thing. You have to try to explain to them that it’s not a question of who you know. It’s just the law.”

Amnesty funnels Adiga’s concerns about race, immigration, and economic inequality into a thriller-ish plot: As the story unfolds over the course of a day, Danny is under increasing pressure to decide how much he’s willing to risk his status in his adopted country. Adiga says he was careful not to frame Danny exclusively as a victim of racism or hard-line immigration policy so much as representative of a complex set of systems that render immigrant identities ambiguous.

“Breaking the law is something Danny feels guilt about, but he can also see the law as being quite harsh and inhuman,” he says. “I hoped to represent his feelings with some complexity. It’s a difficult situation, and I hope it’s something the reader has to think about.”

But while Amnesty is not meant to be an explicitly prescriptive book about immigration and education policy, Adiga says the degree-mill environment “should not be allowed to flourish.” And if writers think that they’re immune to the effects of the dysfunction, he suggests they need look no further than the nearest literary festival.

“Australia probably has more literary and arts festivals than any other country, and if you’re a writer visiting Sydney you can attend a seminar about what injustices have been done in Africa or Asia,” he says. “But you have probably been driven there in a car by a young man who was being paid less than minimum wage.”