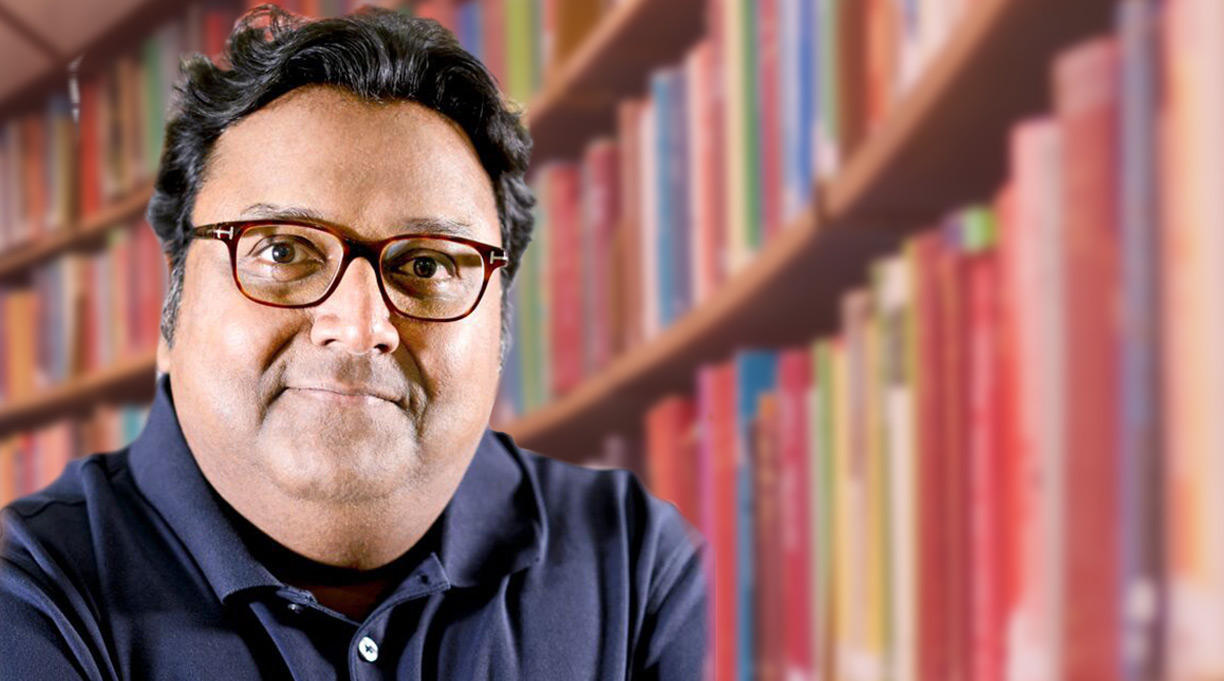 In 2007, before the Kindle had even been released, Ashwin Sanghi self-published The Rozabal Line, mixing elements of mythology, history, and religion from his native India with a fast-paced modern thriller. The unprecedented success of Rozabal across the English-speaking Indian diaspora put Sanghi on track to become one of India’s bestselling writers. He has since worked with traditional publishers in India and the United States to turn Rozabal into the popular Bharat series, release several self-help titles, and co-author two Private India novels with American thriller master James Patterson.

Sanghi spoke with us about his early self-publishing success and how he continues to grow his international appeal.

What do you think were some of the advantages to self-publishing The Rozabal Line?

What were some of your strategies for reaching international readers with your self-published work?

Online retailing of books, including e-books, has dissolved boundaries. On a daily basis I receive messages from readers not just in India, but from around the world. Social media has also meant that two-way communication with readers and potential readers is not limited to the borders of any specific nation.

What first made you want to write thrillers?

The truth is that I was brought up on a diet of commercial fiction and thrillers for most of my growing years: Jeffrey Archer, Sidney Sheldon, Robert Ludlum, Frederick Forsyth, James Patterson…and countless others that were added to my list of favorites. Looking back, I realize that I wanted to write page-turners like these authors. I guess it was my exposure to countless thrillers and mysteries that enabled me to eventually craft my own.

How did your collaborations with James Patterson come about?

It was JP’s London-based publisher who reached out to a common friend in the publishing industry. The two got talking and realized that there was an overlap in the sort of books that JP and I were penning. On the one hand, JP was keen to take the Private Series into India; on the other, I was keen to explore international opportunities in the thriller space. It was a perfect match. JP is a pleasure to work with because he truly understands what works for his readers. In that sense, he is a master of his craft.

And what made you want to branch out for your self-help series?

I am one of those individuals who gets bored rather easily. My wife is always irritated when I get up halfway through a movie because the story no longer holds my attention. It is precisely for this reason that I do not want to be compartmentalized. By writing in multiple genres and across varying subgenres, I hope that I can keep myself excited and charged up. I have realized that the journey is more important than the destination. I honestly don’t care where I am going, but I love the process.

Would you continue to self-publish in the future?

It’s possible. Life could come full circle. In 2007, self-publishing was a way to get one’s foot in the door, the bigger aim being to get a break into traditional publishing. Today, as a successful published author, I have the option to create different business models using self-publishing as a route.

I am currently working on the sixth book in the Bharat series, a fast-paced thriller set in the ancient Pallava kingdom in South India. I hope to release it by January 2020.